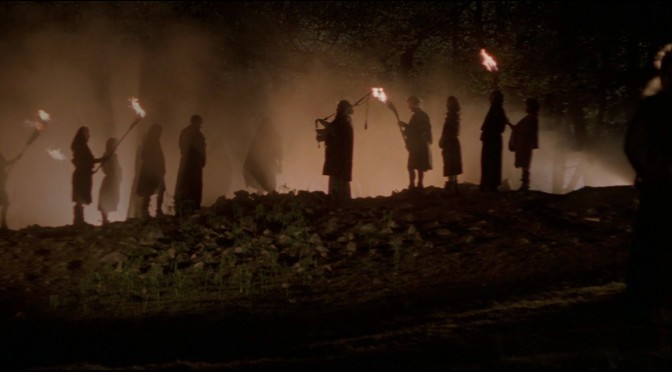 It is natural for filmmakers to be a bit obsessive about the technical aspects of their films. We all want our work to be as close to perfection as possible. That is fine, but only as long as we don’t lose the big picture, which is to tell an entertaining story. The truth is, if you absorb your audience in the story, the technical mistakes will be forgiven, or they might even go unnoticed. A good example of this is the Oscar-winning “Braveheart.

For many, Braveheart is one of those great movies that you will never forget. I still remember how I felt after watching it – pumped, inspired, ready to face any obstacle in life.

The film resonated not only with the general public, but also with the critics and film award voters. Among other awards, Braveheart was nominated for ten Oscars and won five of them, including the best picture, director and cinematography.

So, the film turned out to be a thorough success. Things didn’t look so bright, though, during the production of the film. Despite the large budget – about $72M – the film’s scale meant that there was no time or money to be wasted. Unfortunately, the Scottish and Irish weather – the two locations where filming took place – did not cooperate. It was cold and it rained almost daily.

So, despite the morale-draining weather, the filmmakers had to shoot in the rain or they would not get the film made.

Unfortunately, this resulted in many continuity problems. Within the same scene, shots can be seen with and without rain.

Also, shooting in the rain limited the use of lights – a major tool of a cinematographer. Still, whenever possible, the DP tried using lights – even if that meant running power cables and setting up in knee-deep mud (see the BTS clips at the end of the post).

Another technical problem were the out-of-focus shots that ended up in the final film. Despite planning beforehand, the filming of the battle scenes was still chaotic. Without being able to control and predict the exact location of actors and extras, some shots ended up – unsurprisingly – out of focus.

Fortunately, the fast editing of the action scenes allowed to cover up many of these technical mistakes.

Despite these problems, though, the cinematographer John Toll managed to give the film a great look and deservedly won the Oscar. The rain, actually, ended up adding character, authenticity to the story. In Toll’s own words: “It was because of the weather really, it brought an incredible look to the film. It brought so much to the film, the fact that we were able to shoot in that weather, and especially, for this story”.

I guess that is a sign of a great talent – to be able to turn a potential disadvantage to your advantage.

For some visuals, here’s the film trailer