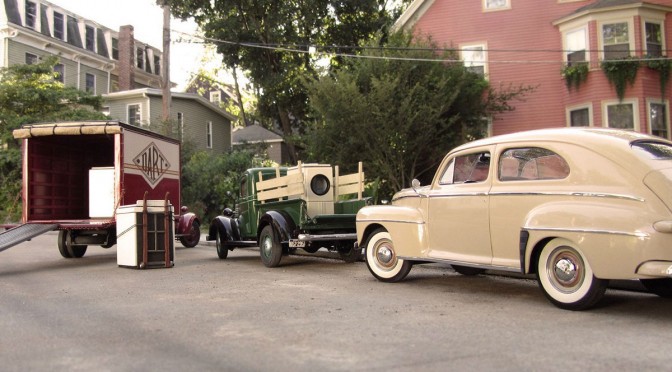 Recently, I discovered in a fstoppers article the outstanding work of the photographer Michael Paul Smith. You can see a great selection of his photos on his flickr account. One of his passions is bringing to life Elgin Park – an idyllic American town of the mid-20th century. To find out more, visit his website.

Smith moves the viewer back in time thanks to the use of forced perspective and miniature models. This was a popular technique used by Hollywood before the CGI took over. Nevertheless, indie filmmakers can still greatly benefit from this old school method. With so many high quality and affordable miniature models available on store shelves, this is a really smart option for budget filmmakers. It can save a lot of money and time and the results can be even better than CGI.

As an example, see these two set-ups and final shots done by Smith. 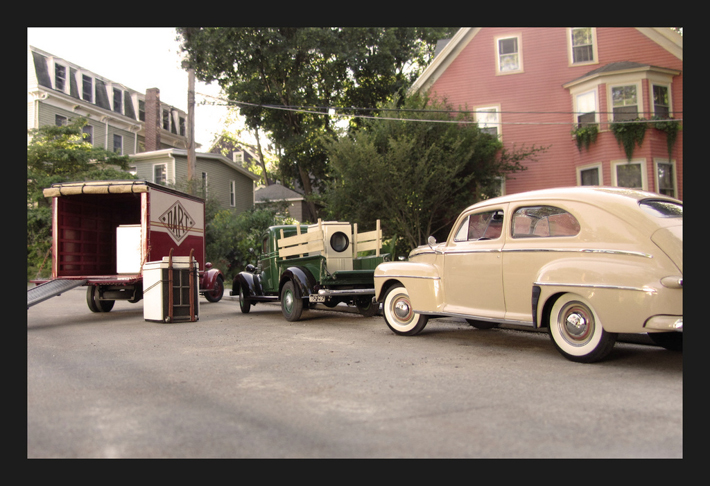 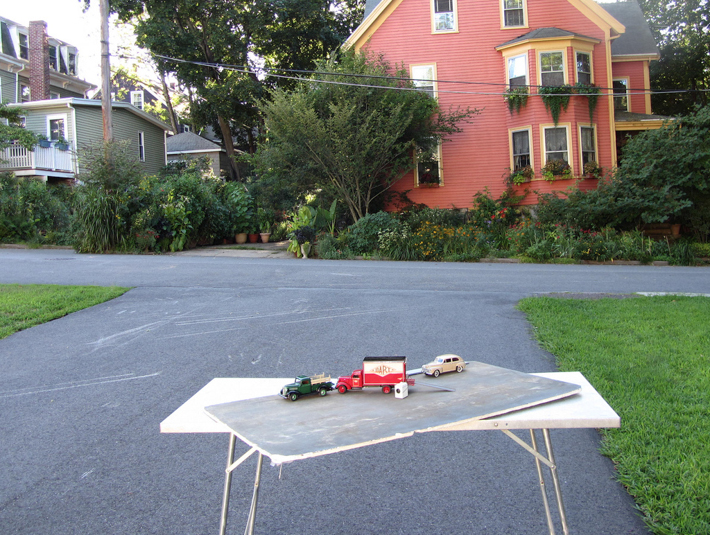 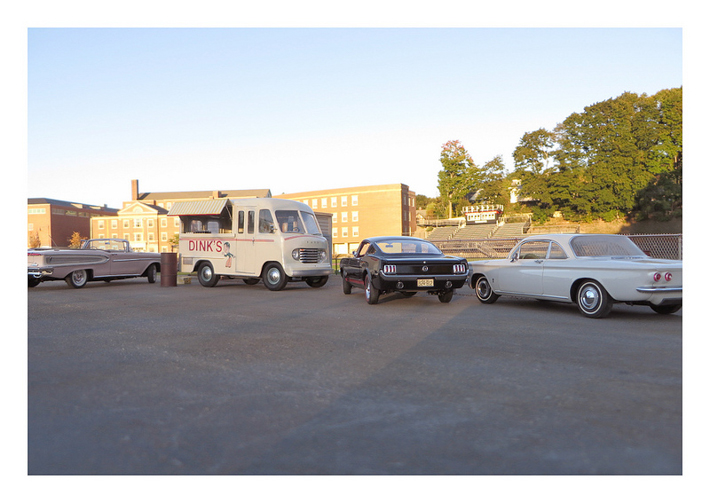 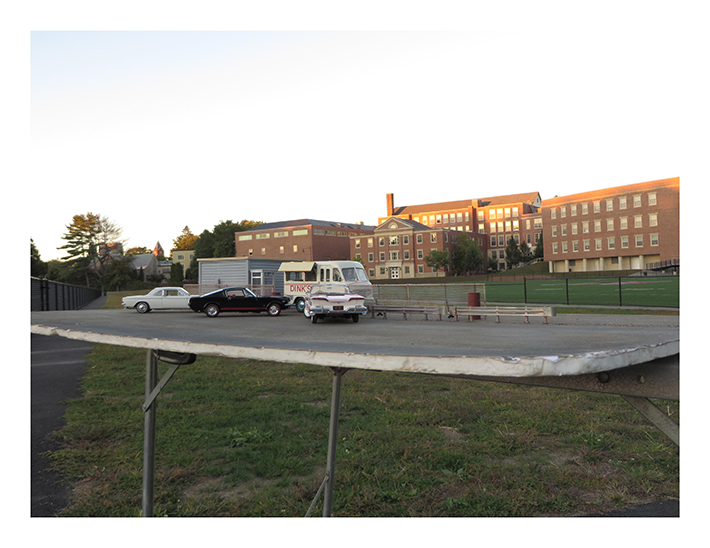 Forced perspective creates the illusion that subjects are bigger/smaller or farther away/closer than in reality. You do this by positioning the subjects at a appropriate distance to the camera and each other. The most common set-up is to put a miniature model in the foreground and close to the camera. This way, the model will appear, if done correctly, to be at the same scale as the rest of the shot (as Smith does here), or much bigger (as when creating giants/monsters).

For example, in your establishing shot / wide shots, you could place miniature car models close to the camera and then place your actors at some distance away – just do that by trial and error, or do tests before the shoot day. You can quickly sell your audience on the idea that the scene takes place in the 1950’s, for example.

In the past, forced perspective was used a lot in movies with monsters and such creatures, but also in dramas – for example, in the final scene of Casablanca. Even today’s big budget movies like Harry Potter and The Lord of the Rings have used it, although they have done so on in a more elaborate way. To find out more about the use of forced perspective in these and other movies, as well as its use in architecture, see this great Wikipedia article.