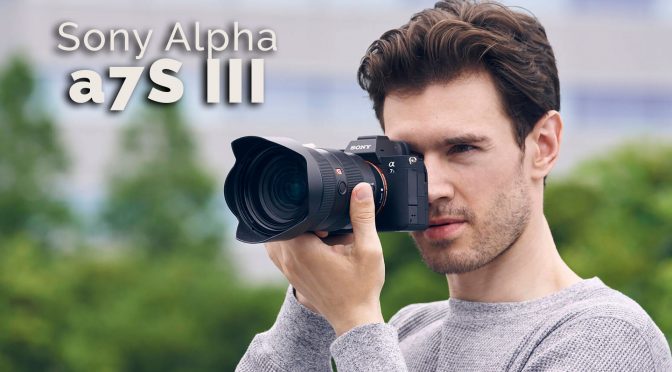 Sony has officially released their latest camera in the Alpha series. This is the 2nd follow up to the low light king that started it all. Sony Alpha a7S III is here and it’s impressive! 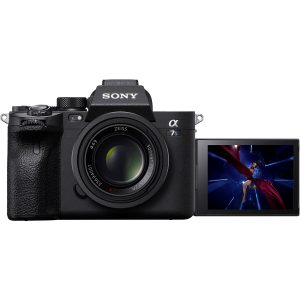 After months of rumors and speculations we now finally know what is and isn’t in the latest version of the a7S camera. No it’s not 8K video, or 12K like Blackmagic’s recent release. It also doesnt have RAW video recording capability. I think all that aside, the most asked about feature was a proper record button that is actually easy to press. 😊 Yes the new record button is big and easy to get to. Now you can rest in peace and pre order this camera. 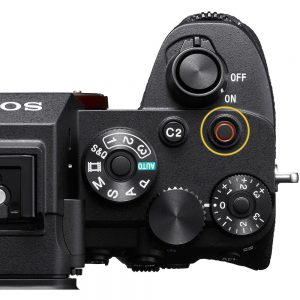 B&H already has some nice kit options HERE.
So does Adorama and Amazon. Just be aware that the cameras won’t actually ship until September. If you want to be one of the first one to get it you probably should place a pre-order as various online retailers have already gotten a large number of pre-orders in the first hour of the official release.

So what does the new camera have? Well one thing that I am excited about is the new body design. Yes it has a proper record button but it also has a proper flip out screen like what you can find on the Panasonic DSLRs. It can rotate fully 180 degree. It is touch screen and I am sure will be loved by all the vloggers out there. 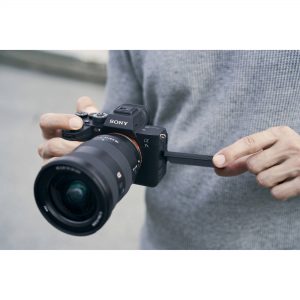 What about the sensor? You can see Sony is aiming this camera mainly at video shooters with stills as an extra. The sensor is only a 12.1MP Exmor R BSI Full-Frame sensor. Not the best in terms of resolution for stills but this will make it a lot better for capturing those clean low light videos. In terms of video is can now record 4K 10-bit 4:2:2 video up to 120p! Yes you heard it right. Although these are not the highest specs in current choice of cameras we have, what is impressive is that it can do 4K 10 bit video up to 120p without any cropping or color down-sampling. There are no limitations there, which is a breath of fresh air after seeing all those other new DSLR’s that have so many drawbacks once you decide to record at the highest resolution and frame rate. In 1080p this camera can even record up to 240 frames per second for that ultra slow motion. Sony also claims the sensor can capture over 15 stops of dynamic range, which is a bold statement. I will personally have to test the camera out in high contrast settings before I can confirm this myself. 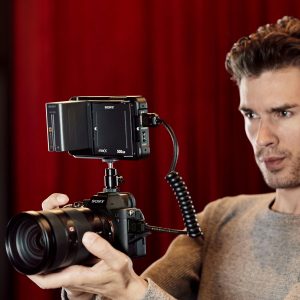 Getting back to the changes in the body design is the new full size HDMI port which allows 16-bit RAW video output. This sounds pretty impressive and I can’t wait to actually test it out and see how well it is implemented with various external recorders. As for storage, Sony is even including two new CF Express card readers that support both standard SD cards and new CF Express Type-A cards, with the A7SIII being the first camera designed to take advantage of the new cards. One immediate advantage of the new card reader is that when combined with its speedier image processor, Sony says the A7SIII now features an image buffer of up to 1,000 shots, even when the camera is shooting full out at 10 FPS in RAW + JPEG mode. Something to note about the new HDMI connection, is that because of it’s placement, it will get in the way of flipping out that nice new LCD screen. So you won’t be able to selfie and export video to an external recorder unless you happen to record to an external monitor-recorder. I don’t think it will be a big problem for me, since I almost never selfie but also because once I decide to connect an external recorder monitor I will then most likely just want to use that screen to monitor my shots. I am sure someone out there might complain about this limitation, so if you see that as a big problem then please let me know in the comment section below why. Thanks! 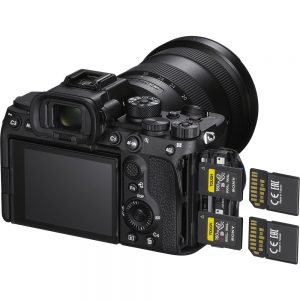 What about low-light performance? Sony improved Low-Light with sensitivity up to ISO 409600. How clean will that look let’s wait and see once we get the camera in our hands. Among some of the other welcomed improvements is the faster and more accurate auto focus. I for one don’t use AF that much so I am not overly excited about it. Plus I will have to actually try the camera to see just how accurate it is. I find AF to always be a hit or miss, hence why I prefer to manually focus most of the time. Another big change is the new menu system in the camera. It is supposed to be designed in mind with easy of use for videographers. How much more improved it is I will again have to wait and see once I get to use the camera. Speaking of which, let me know what things you would like me to test out once I start shooting with the new Sony a7S III.

Here is a nice showcase by Adorama of what the camera can do in low light.