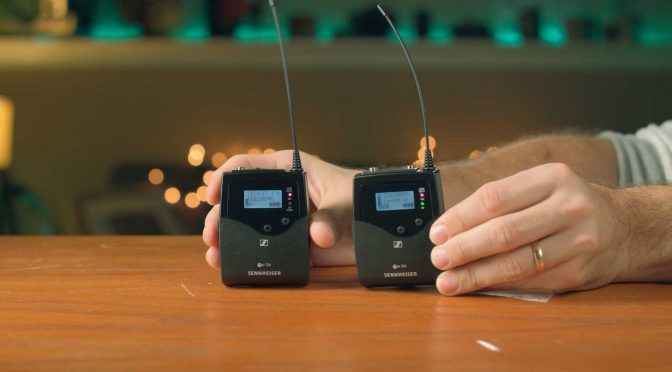 Check out the latest generation of wireless mic systems from Sennheiser and also how I use it on a film production.

What I review today is the new G4 wireless system from Senneheiser which is very similar to the G3 line. Is it worth the upgrade if you already own the G3? Probably not. Now if you are looking to get a new UHF system then this is one of the better options. Also you won’t find a new G3 series because those are now discontinued by Senneheiser. They are build tough and are durable in normal film production use. The kit I tested out was the EW 512P G4 version which is built specifically for film or theatre productions. There is another version more suited for TV, interview type of work. Check out my video below to hear how it sounds and also to see how I setup it up before I start recording.

You can get this kit on various online retailer such as B&H Photo Video and Audio Store and also on eBay and Amazon.com

You can also find it on Amazon Canada