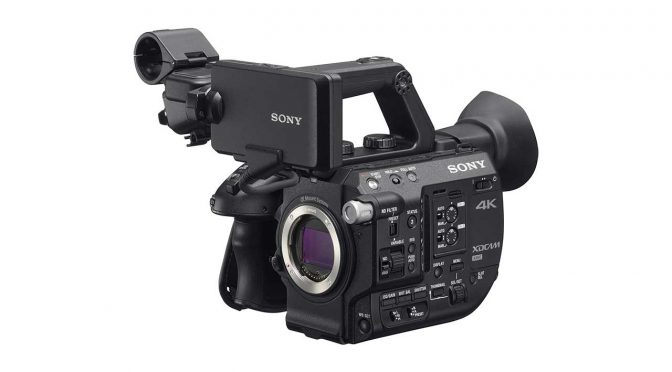 I’m super excited about the release of the ProRes RAW codec. That’s because it gives a big boost to cameras that output RAW.

The problem with RAW is that the file sizes are too big to make them useful in the real world. Also, you get image sequences, ie separate file for each frame; and the audio is recorded separately too. What has made the RED cameras stand out is their REDCODE RAW codec (.R3D), which offers: one video file (for each video clip) of manageable file size, and minimal to no artifacts.

Well, the ProRes RAW offers the same quality as the REDCODE RAW, similar file sizes, but it needs only 1/8 of the processing power to play it back (compared to the .R3D files). The most important point, though, is that ProRes RAW is compatible with cameras of various manufacturers.

Right now, to record the ProRes RAW you will need to output RAW video to either the Atomos Shogun Inferno or Sumo 19. DJI will release a camera with ProRes RAW support in May, and we should see many more options soon.

Here are the cameras that currently allow to record ProRes RAW (via the Atomos recorders):

The Panasonic EVA1 will record to ProRes RAW the full 5.7K signal.

Now, a big part of the reason I’m excited about the ProRes RAW is that there are affordable cameras on the above list (affordable as far as cinema cameras go).

The Sony FS700 has great features, but becasue it is older, you can find it used super cheap. With this new ProRes RAW codec, the FS700 becomes a great RAW camera with amazing slow motion.

Probably even better option is the Sony FS5. It is smaller than the FS700, and it mounts easily on gimbals. It has many great features, including the variable electronic ND filter.

In fact, I shot with the FS5 a couple of years ago, and I loved everything about it except its internal recording format. The RAW option output was also not good because it produced uncompressed RAW Cinema DNG files that were huge and not ready to be handled by most editing systems. With the new Apple ProRes RAW, the FS5 becomes a great cinema camera that is a lot cheaper than the RED cameras.

Also, the RED cameras don’t have a fully featured audio recording functionality like the Sony FS5. Other advantages of the Sony FS5 are: the built-in electronic variable ND filter, and the smaller size and weight.

For a more technical review of the new code, see this Newsshooter article.