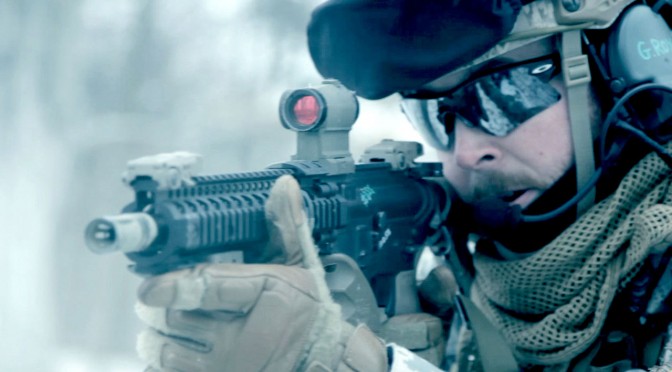 Today is one of those really exciting days for me because I get to share my latest short film with you. I am also posting two tutorials: the behind-the-scenes Tutorial 44 and “How To Film War Action Scenes” Tutorial 48. I posted the trailer for it back in March under the title “Aide the Enemy”. The VFX had taken longer than anticipated, but now I’m really happy with the final product. So here it is. As always, let me know what you think.

Thanks to all those who worked on the film – especially Christopher Charles for the amazing music and Andre “Wolf” Critchlow and all the guys who put up with the freezing and windy weather during filmming. The winter setting gives the film a nice look, although it made it for a rough shoot. So again, thanks!

I also have a two-part color correction tutorial based on this short. You can check it out at this post.

Here is some more info about the making of this film.

What would it take to unite the entire world? It’s a famous question that Ronald Reagan posed in the middle of the Cold War.

It is 2018 and Earth is under attack from an alien force. Nuclear weapons devastate several developing countries. Weaker governments look to the United States to take on the world’s military leadership. Soon even Russia and other powers consider joining the alliance. In humanity’s direst moments, the dream of a united world seems to be finally coming true.

But throughout human history, man has often been his worst enemy. And history likes to repeat itself.

filmed at the
“Soldier of Fortune” paintball field
in Ontario, Canada