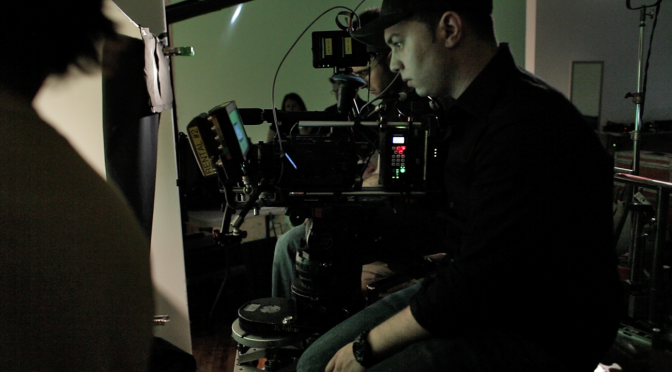 Today I’m going to talk about a super talented filmmaker – director and cinematographer – Khalid Mohtaseb. Tom and I actually had a chance to work with Khalid back in 2010 when we shot together a project for the Risor Festival of Chamber Music in Norway.

Back then, Khalid already had a very impressive body of work. Since then, he has gone to another level, doing many outstanding, high-profile projects.

Khalid creates captivating images. There aren’t many cinematographers at his level. To see for yourself, check out his 2014 demo reel

Although nowadays Khalid gets to work with expensive, top-of-the line equipment, he honed his skills on DSLRs. When Canon came out with the Canon 5D Mark II and 7D, he was one of the early adopters. He quickly became a leader, showing other filmmakers what great results could be achieved with this emerging technology.

Khalid’s recent work includes a series of beautiful short films made for the Lincoln Motor Company. The latest of the series is called “Bloom”

Here’s another short from the series, “Open Your Eyes”

and the corresponding Making-of video

Khalid’s very latest film (as a cinematographer) is the featurette “Anomaly”. You can see it in its entirety on Vimeo.

Khalid has already come a long way, but I’m sure his best work is still to come.

You can follow Khalid on his blog and Twitter at @KhalidMohtaseb. You can also see a selection of his work on his Vimeo channel.