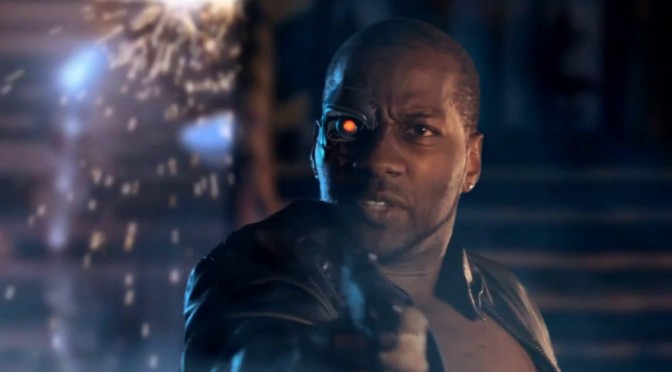 Today I wanted to look back at one of our most interesting videos – a music video we did with DeStorm Power entitled “Famous Movies In One Take”. This was a very challenging project and it came out even better than what we hoped for. We are super proud of it.

Just a little history of how this project came together. In early 2011 we were new to YouTube as content creators. DeStorm was one of the most followed YouTube personalities.

We did not know Destorm and did not share any mutual contacts. He lived in Los Angeles, we in Toronto. So we knew we needed a really good idea to convince him to come to Canada and shoot a video with us.

Luckily for us, Tom (i.e. Tom Antos) was able to get in touch with DeStorm. They quickly got on the phone and Tom pitched DeStorm an exciting and ambitious idea. We would recreate famous movie scenes and present them as a music video. To top it off, we would shoot the entire video in one take.

DeStorm loved the idea and committed himself to the project. We were super excited too, except we hadn’t had the time yet to figure out how we would do it or even if it was possible to execute it well on a shoestring budget.

But necessity is the mother of invention. One by one, we looked at all the distinct challenges or obstacles that we faced and started to figure things out.

We decided on scenes that we could recreate on our minuscule budget. They also had to flow well together since we could not cut from scene to scene.

Once we gave DeStorm the list of movie scenes, he quickly came up with great lyrics. There was no surprise that he delivered, but it was amazing to see his talent at work.

We also got lucky in that the talented Christopher Charles came on board and created fantastic music for us.

The best way to see how we made the video is to see the two accompanying video tutorials that we’ve also made.

In the first one, you can see and compare in the same frame: us filming the take, the raw take itself, the finished video, and the original famous movie scene

And here’s the behind-the-scenes video