I’ve been getting a lot of questions about how I did the aerial shots in my new film trailer, so I’ll try to answer these questions here. First watch the tutorial, then read my notes below.

So the whole setup starts with the DJI Phantom. A great little RC quadcopter that you can buy on eBay right here:

If you prefer to shop at Amazon.com, click below

It’s right now the only cheap quadcopter that can lift up the GoPro Hero or any other similar size camera. Plus, it’s ready to fly right out of the box. Honestly, you just have to attach the landing gear and the propellers and you can go flying. It’s super easy to fly because of the autopilot, not to mention that it has GPS built into it, so if you ever fly too far away and lose the signal, it will just come back on its own to where it originally took off from. The standard battery that comes with the Phantom will give you about 12 min. of flight time. Of course that decreases if you’re flying with a heavier camera or attachments like the wireless video system. Also, in cold weather or on really windy days, the battery life is shortened. The Phantom is supposed to work up to 300 meters, but I’ve so far tested it up to 500 meters and I still haven’t lost control of it.

The quad comes with a basic attachment for the GoPro camera, although I would recommend upgrading that once you learn to fly. The reason is because sometimes the vibrations caused by the motors can create a jello effect in your video. So I attach my camera to a fiberglass plate that’s glued to a sponge and on the other side it’s attached to the Phantom. The sponge acts as a simple shock absorption. Click on the photos below to see what I mean.

Now on my phantom transmitter I attached a 7 inch portable monitor/TV screen. It’s about $80 on eBay. Just look around for a deal. I attach that to the controller using a single screw. It’s secure enough! 🙂 I also put a lot of Velcro on the back of the monitor so that I can easily attach the video receiver and two LiPo batteries to power both the receiver and the monitor itself. Its not too heavy and I prefer to use a monitor instead of video goggles because in case I ever lose the video signal I can quickly look up at the quad and regain control of it by flying by line of sight… with video goggles, by the time you take them off, you’ll end up crashing the quad. Anyway check out the pictures of my setup below and message me if you got anymore questions.

ALSO, some people have been asking me why I don’t simply use the GoPro Iphone and Android app that is free. The app lets you monitor what the GoPro sees and also lets you record and change settings on the GoPro camera wirelessly. The reason why I don’t use that and wouldn’t recommend anyone to use it is because the GoPro app works using WiFi signal. Two major problems with that. First is the 3-5 second delay you get when monitoring what the camera sees. This means that if you’re flying fast, you could end up crashing into something before you even see it on your phone :). Second problem is the frequency that WiFi uses. It’s really close to the 2.4ghz frequency that the DJI Phantom transmitter uses. Which means that the WiFi signal could interfere and cut out control of your quad, resulting in a crash. That also reminds me… when buying a wireless video transmitter/receiver, make sure you buy something that uses different frequency than 2.4ghz… again so that you don’t cause interference with the quad controller. I use a 5.8ghz video system… but you can also buy others like 1.8hgz. etc. The lower the frequency the further the system will work, but its going to get more expensive since you’ll also need a bigger antenna.

P.S. The camera I use on my DJI Phantom is the GoPro Hero3 Black Edition which you can get on eBay right here:

or at Amazon (US and UK sites) 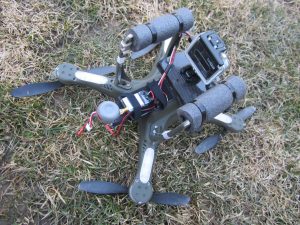 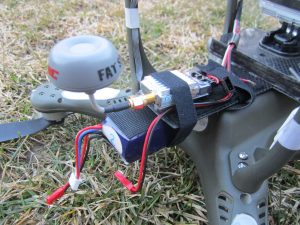 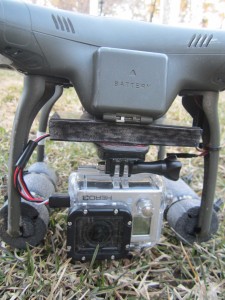 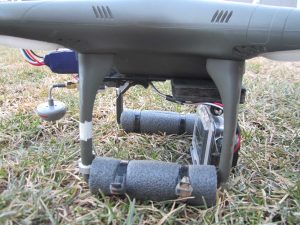 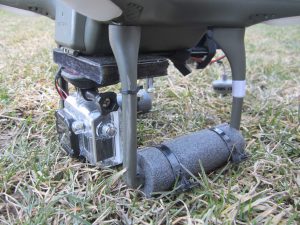 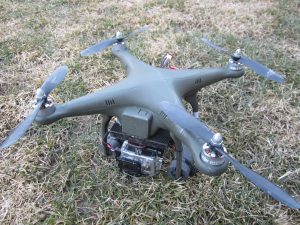 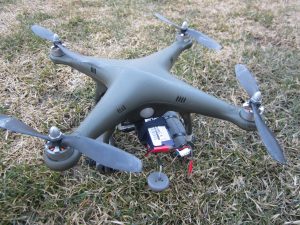 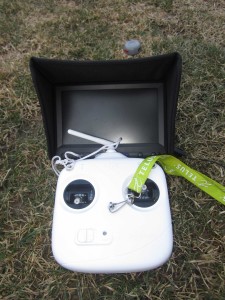 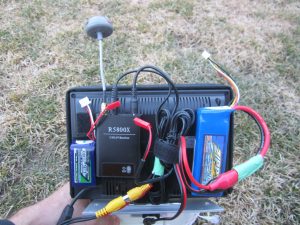