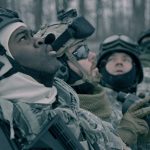 Just yesterday I finished shooting all the pick up shots for my new film… so this is all very new, but here is a quick preview of what my new film will be about.

Overall the shooting of this film took about 35 hours. That was spread over 7 days because of difficulties we had with scheduling and the weather. The first day was the most brutal. We did 11 hours none stop in sub freezing temperatures! After that I had a few easy days where I would only work a few hours doing a bunch of small pick up shots.

On day 4 I managed to get all my principal actors back at the main location and we did all the aerial shots with my UAV camera rig in about 5 hours. The reason why we had to leave all the flying shots for another day was because of the weather. The first 3 days the wind was blowing above 30 km/h which was producing shaking aerial shots.

On day 4 the wind slowed down a bit to just above 20 km/h so I decided I would give it a go. It was hard flying in that kind of wind and getting good framing, but I managed to do it… despite the fact that my batteries lasted me only half of what they normally allow me to fly, because of the cold temperatures. Usually I get about 10 min. of flight time with my rig, but on that day I got about 5 min. My aerial rig consists of the DJI Phantom and the GoPro Hero 3 black edition camera. The only difference is that I used my own custom attachment for the camera which takes out most of the vibrations. Plus I rigged the quadcopter with a wireless video transmitter and a 7 inch monitor on my controller so I can see what I’m filming. 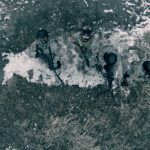 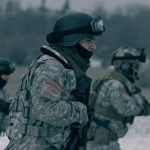 I’m so happy that I managed to get all my shots, and that even though the weather was freezing, we got lucky because day to day the weather matched. We got some snow and a bit of mud which really helps set the mood of the film. Also I gotta thank all the actors who were willing to come out day after day and take time off work for a small indie project such as this. Nobody got paid, so I know how hard it is showing up early in the morning in the middle of snow, rain and freezing cold.

Here’s some behind the scene pics. Let me know if you have any questions. Also know that in the future I will be releasing more and more tutorials and BTS videos from this project. In case you’re wondering what camera I filmmed it on, or lenses then I gotta tell you I used everything I had access to. I shot parts on the Red Epic, with a whole set of RED prime lenses. I also used the Canon 5D and 7D, plus the T2i. I used all sorts of lenses on those cameras, some Canon and Nikons, and even some Tamron lenses. Lastly I used the GoPro Hero 3 Black Edition camera. 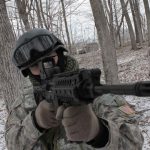 5 thoughts on “Trailer of my new film “Aide The Enemy”!”