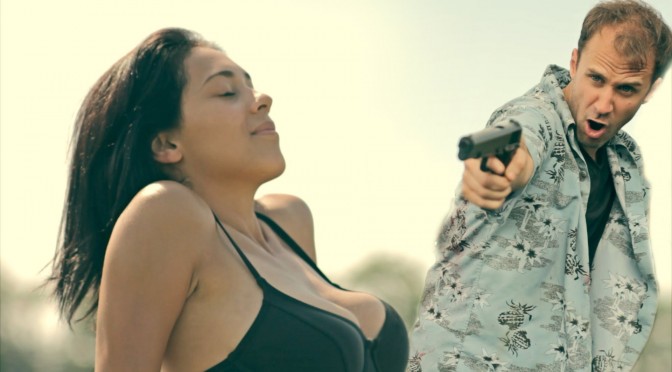 I have published on YouTube my newest short film. It is a story about a couple in love. He is jealous and has a short fuse, while she is beautiful and wild (or just maybe crazy). Together they are like modern day Bonnie and Clyde… a dangerous combination. Where will their blind love lead them?

I shot this film over 2 days at a small farm in Hamilton, Ontario, Canada. It was a super low budget film. All we spend money on was the fuel to get to the location and the food for cast and crew. Even then the cast and crew were minimal. I was the director/cinematographer, then my brother and business partner Lukasz Antos was the producer and also did the sound recording. That’s it for the crew! 🙂 The cast was just the 3 actors you see in the film plus we had my niece Alana show up for an hour to get the shots with her. I’ve shot the whole film on the Canon 7D camera and audio on Zoom H4N with a Rode NTG-2 microphone.

Simple but it worked out! I often prefer to shoot with small cast and crew and with simple equipment so as to avoid any complications. When you have a bigger budget and people quit on you, then you can just hire someone else, or if equipment breaks down you just rent or buy replacements. But when working on a no budget it’s best to use simple but tried and tested gear that you know will work.

And here is another tutorial where I show how I go those car driving shots through the window using a DIY cheap car door mount for any camera!