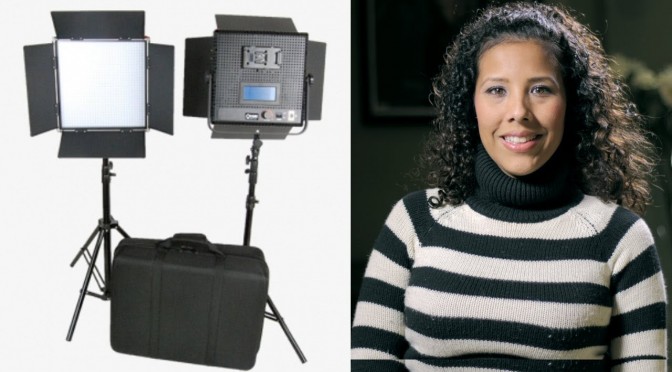 Not sure what lights to buy for your next production?

Don’t worry. You’re not alone. I know a lot of people out there have spent their hard-earned cash on video lights, only to have them break in the middle of an important production.

I myself had that happen many times – especially back in the days when working with those hot and power-hungry halogen lights. Often, they would overheat or short-circuit and die on me in the middle of a shoot. Not only does that make you look like a fool in front of your client, but it can also ruin the shoot.

That’s where LED lights come in, to save the day. They’re light, consume little power, yet output a lot of light. Plus, now many LED lights let you change the color temperature so you can work with them alongside older tungsten-balanced lights, such as those overheating halogens. Plus, you can also use them in daylight situations.

So which LED lights offer the best deal out there? Watch my little video comparison and see for yourself!

My favorite are the LED lights from CAME. That’s the same company that made the two awesome camera stabilizers that I had a chance to test out before. You can read more about that HERE.

You can buy the CAME 1024 High CRI lights here: www.came-tv.com

CAME also has a store on
AND the official CAME store on AMAZON.com

If you want to get the smaller and portable Bescor LED-500KNMH lights then you can find them on Amazon.