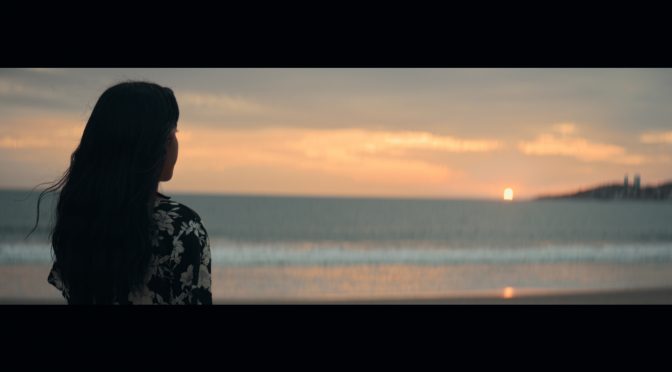 Is it possible to shoot with just one lens? Is it even a good idea? Is there any advantage to using just 1 lens? Also which is the best lens I should get if I can only afford one? Those are just some of the many questions I get online and today I will answer them all.

First let’s talk about Indie filmmaking. This term usually means that the filmmakers have to be efficient and resourceful. This type of filmmaking also develops skills that can be critical even when working with multimillion dollar budgets. A great example of this is the Academy Award winning film Dallas Buyers Club, directed by Jean-Marc Vallee.

Even though the film stars Matthew McConaughey, the production was limited to only $5 million. That might seem like a lot to some, but considering the complexity of the production. The story is set in the 1980s and has many locations, including multiple countries and sixty sets. Making this movie was definitely a challenge.

Fortunately, Jean-Marc Vallee and his team, including the director of photography Yves Belanger and production designer John Paino, were up to the task. They shot the movie without artificial lights, tripods, dollies or other camera stabilizers. They used only one camera – the Arri Alexa – and 1 lens. Well actually two lenses but majority of the film was shot on just 1 lens which was a 50mm focal length and the other slightly wider lens used in tight interior locations was 35mm. This allowed the production team to keep the shoot to only twenty-five days which in turn saved a lot of dollars and allowed them to hire a lot of great and known actors.

During the filming the only lights used were the existing lights on location, or practical lights added to the sets and locations by the production design team. Other than that, the only light source was the sun.

Find out more about the making of “Dallas Buyers Club” HERE.

In short the less gear you have to setup the less time you will spend setting up and more time shooting. I myself really notice that when working on various projects as the cinematographer. Often I am asked between the shots by the AD how much time we need to swap the lens. Even if I say 30 seconds it often means the whole production just stops. The crew jumps on their phones, the cast starts chatting and walking of set to grab a snack etc. Then once my team is done swapping the lens, even if it takes us less than a minute by the time the AD gets the crew and the cast back in their places it takes another 2 minutes. In total you just spend 3 minutes to swap the lens. In a low budget shoot where you might be doing 60 setups per day that adds up to 180 minutes or 3 hours spent on just changing out the lenses. Or as I like to call it, 3 hours that could be used to get extra shots. It’s the same if you have too many lights on set and you decided to make a small change in lighting which adds up to hours of lost time.

Extra gear or lenses give you more options but they are great only when you have the time to use them. In low budget productions where time and crew size is limited, you are always better off getting just what you need to get by and not more.

Next question I will answer is whether you can shoot a whole project on just one lens. The answer is yes. Absolutely. If you need to get a close up just move your camera closer to your subject and if you need to get a wide shot then with any lens you can do that by moving your camera further back. Of course for that to work you need to make sure to find locations that allow you a lot of freedom to move as far back as you need to capture the shots that you want. Also choosing the right lens will make a big difference.

So to answer the next question of what lens I should get, I say get what you prefer to shoot with the most. If you are not sure then rent a lens that you are interested in and try to shoot a test scene with just that one lens.

I always try out new lenses in such situations like the tests that you can see me shooting using the unique new anamorphic lens for micro four thirds lens mount from Vazen. Once I felt confident that the focal length of this lens will allow me to get the kind of shots I like to do then I actually did a whole job using just that one lens. This music video below is one such example.

My favorite focal length for any type of lens both anamorphic and spherical is around 50mm on a APS-C size image sensor or something like a Super 35mm camera. Since this Vazen lens is 40mm but it’s anamorphic with a 1.8x squeez ratio it means that in the horizontal field of view it’s actually a 72mm lens. Once you factor in the crop aspect ratio of the Blackmagic Pocket 4K camera, it’s focal length on APS-C size cameras is around 50mm. 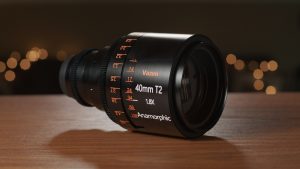 So like other 50mm lenses I love using, this Vazen lens is a perfect middle lens that can be used for both closeup, medium and wide shots. Since this music video we were shooting in had lots of locations and we only had 2 days to shoot it, having my camera always rigged up and ready to go meant we could spend time on getting the right performances and set dressing and not have to wait around for lens changes. Same with lighting. We only used 2 powerful but small LED lights like the Aperture 300D to fill in some shots or to light this performance we did at dusk. Otherwise we just used reflectors. It was a simple and fast way of filming.

It was also helpful that we didn’t have to haul around so much gear since some of the locations we were filming in were not the safest and we did not have extra crew to just watch our camera bags. So we spend more time on having fun, being creative instead of worrying about our gear. Speaking of safety, if you are going to be traveling to remote locations like I did and you plan to use the wifi at those shady hotels then don’t just connect right away like I did, which ended up in me getting my email and my bank account hacked. Thank God I now resolved all my issues and I also learned the hard way to always encrypt my connection to the internet. I do that by using a VPN which stands for Virtual Private Network. I’ve tried a few services but now I am using NordVPN because when it comes to streaming videos they were the fastest. Plus its super helpful when I tried to watch netflix in countries where some content was not available. Using NordVPN I can switch my browsing location to any country real fast and get access to all the content i want to watch. Plus like I said, NordVPN is really good at encryption so my information won’t get stolen again. If you guys want to try them out then go to https://nordvpn.org/tomantos or also try out their new service NordLocker which allows you to encrypt, store and transfer files online in a secure way. If you want to try that out for free then go to https://nordlocker.net/tomantos or just click the links in the description. Also don’t forget to use the coupon code tomantos to get big discounts on both NordVPN and NordLocker.

GET NORDVPN: https://nordvpn.org/tomantos
USE COUPON CODE: tomantos
To GET 70% off 3-year plan + two additional months FREE

GET NORDLOCKER: https://nordlocker.net/tomantos
COUPON CODE: tomantos
To GET 37% off 1-year plan + EXTRA 5% OFF