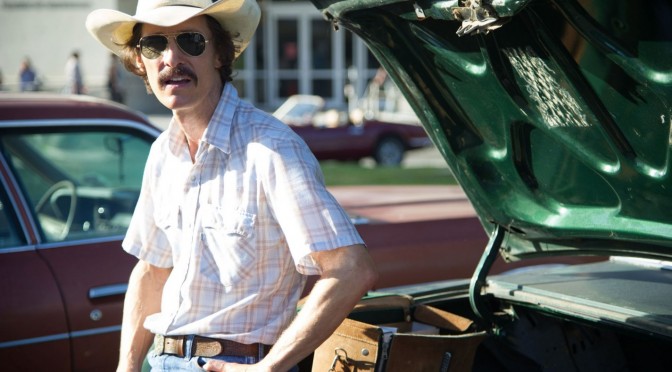 Indie filmmakers have to always be efficient and resourceful. This type of filmmaking, though, develops skills that can be critical even when working with multimillion dollar budgets. A great example of this is Dallas Buyers Club directed by Jean-Marc Vallee.

Even though the film stars Matthew McConaughey, the production was limited to $5 million. That might seem like a lot to some, but considering the complexity of the production – story dated to 1980s; many locations, including international; sixty sets – making the movie was a challenge.

Fortunately, Jean-Marc Vallee and his team, including the director of photography Yves Belanger and production designer John Paino, were up to the task. They shot the movie without artificial lights, tripods, dollies or other camera stabilizers. They used only one camera – the digital Arri Alexa – and two lenses: 35mm and 50mm. This allowed them to keeping the shoot to twenty-five days – saving a lot of dollars – and give the film a distinct look that greatly enhanced the story.

Just to clarify, the only lights used were the existing lights on location, or practical lights added to the sets and locations by the production design team. Other than that, only the sun illuminated the scenes.

To judge the visuals for yourself, you can see the film’s official trailer below, or better yet, buy or rent and see the complete film.

To find more about the production of this film, I recommend two in-depth articles:

“Illuminating FIlmmaking” by cinemareview.com and

“Setting Up Dallas Buyers Club” by variety411.com – this one focuses more on production design.

Those interested more in film financing, see this article detailing the unusual and bumpy road of financing Dallas Buyers Club.