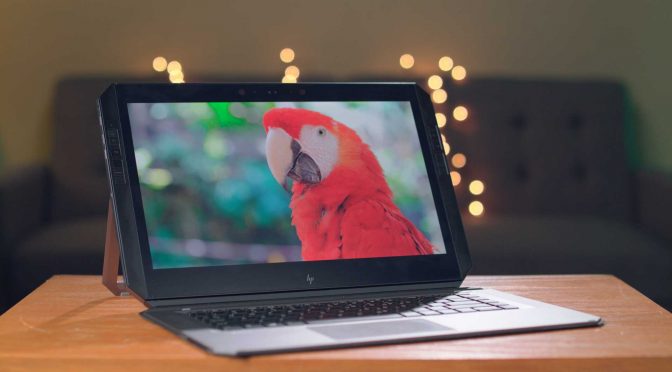 In today’s video I talk about a new work tablet I got from HP, the Zbook X2 G4. This mobile workstation uses some great features also found on Wacom tablets and the Microsoft Surface Pro. Yet it combines it all into a slim and easy-to-travel-with package.

I am an artists. I primarly work on films as a director and cinematogrpaher, so I always need a laptop that I can use to write scripts, make sketches for storyboards etc. I also need a machine that allows me to do some video editing while traveling. Plus for personal use I love to take and retouch photos which is a lot easier to do with a pen that I can use directly on the screen.

Until I bought the Zbook from HP, my favorite tool for all this work was the Microsoft Surface Pro, which I reviewed in a previous video. Now, I find myself using the Zbook more simply because it’s a more completely package.

Pros:
First of all I love how intuitive and easy it is to work in Photoshop or Lightroom using this tablet. It’s better than the Microsoft Surface pro because the keyboard is connected via Bluetooth, so even if it’s not physically connected to the tablet I can still use it, which is crucial when you are using things like the cloning tool in Photoshop where you need to be able to press the alt key while drawing with the pen.

The same applies when you want to quickly access your keyboard shortcuts or do basic UNDO. In Microsoft Surface Pro that was the one thing that always annoyed me. Here with the HP Zbook, I can still use the keyboard by placing it on the side, so it doesn’t get in the way of me painting on the screen. Plus, I can also use the really handy shortcut buttons that are placed on both sides of the screen.

The 14-inch IPS touchscreen display is also larger and nicer than the Microsoft Surface Pro. Although not as bright as I wish it was at only 300 nits, which is plenty for indoor use, but can get a little hard to see when using the tablet outside in bright daylight.

It’s got an overall higher resolution than the Microsoft Surface Pro, since it is a 4K display.

This Zbook is just the right size and weights at 4.7lbs in Laptop Mode and 3.6lbs in Tablet mode.

The 70 Watt Hour battery is rated at 10 hours, which you will get with normal use. However, the battery life is more like 4 hours when you are using it for graphics and CPU intensive tasks, such as photo or video editing.

Now a question I got a lot about this tablet is if it can be used for video editing. The answer is yes.

It edits 1080p footage in Adobe Premiere without any problems. In 4K, it also performs well, but I did see occasional slow-downs when editing in 4K with multiple streams and effects applied.

I also noticed that to really speed up the editing, you don’t want to have the footage on the internal SSD where your operating system is also installed. Instead, you want to store all your files on an external hard drive.

To get the best speed, get a thunderbolt 3 drive. Thanks to 2 USB Type C connections that are Thunderbold 3, you won’t have any problems doing that.

I would also recommend getting a Thunderbold 3 hub (like the one I show in the video). These are cheap, yet allow you to connect USB 3.1 devices. Plus there is even a micro and full size SD card reader.

The tablet itself also has a SD Card reader located above the USB connection. On that same side you will also find a full size HDMI connection.

On the opposite side of the tablet you will find the headphone jack, power button and volume rocker.

On the top, there are 2 speakers from Bang and Olufsen, and above the screen there is a 720p video webcam with a built-in mic.

On other side there is a 8MP photo and 1080p video camera.

The Zbook has NFC and Bluetooth 4.2 plus dual band wifi.

The keyboard itself feels great. It’s back-lit. The touchpad is responsive and easy to click. You can use it flat or have it at
an angle when it’s paired to the tablet.

Now, the pen that comes with the HP Zbook is what really excited me. That’s because it uses the Vacom Electro-Magnetic Resonance (EMR) technology. It doesn’t require any batteries. It’s also got 4096 pressure levels with a 2540 ppi of resolution. It also detects the pen tilt which is something I wished the surface pro did whenever I tried doing some painting on it.

Cons:
Not everything is great however about the Zbook. For me two main things I found annoying.

First are the speakers. They are not that great. They don’t distort the sound, they’re just too small and quiet. So when watching movies in a noisy environment, it is hard to hear the dialogue.

Second, I wish I could easily attach the pen to the tablet using a magnet like the Microsoft Surface Pro aloows you. Here you get a pounch for storing the pen or you can also attach it to the side of the keyboard using this sleeve. Except, I find it a bit hard to get the pen into the sleeve.

Overall though, it is a great tool for a creative individual such as myself. Especially, if you get it at the price I did from B&H where I saved a $1000. The model I have is the mid-tier one with the Intel Core i7-7500U Dual-Core CPU which clocks in at 2.7GHz with 8GB of DDR4 RAM and 256GB SSD. It also has the NVIDIA Quadro M620 Graphics Card with 2GB of RAM.

For my use, which is mainly sketching, photo retouching with occasional video editing, it works great. Now, if you want a more powerful version that will really allow you to do most video editing jobs, then I would suggest that you go with the Quad-Core 1.8 GHz Intel Core i7-8550U CPU model that also has 16GB of RAM. All of the models, by the way, can be upgraded to 32GB of memory.