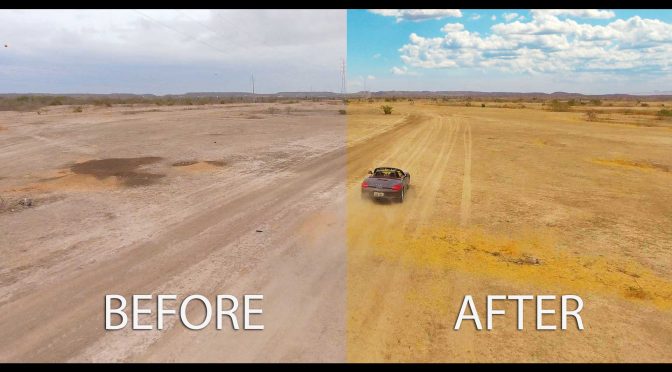 Nothing worse then showing up to do your video or film and turns out that you get bad weather.

That’s what happen to us when we were filming a music video. We rented a nice car and got the actors but mother nature didn’t want to co-operate. It was raining on and off. Still we decided to film in between the rain and pretend like it’s the nicest day ever. I was hoping that in editing alone we could hide this hideous weather. Turns out that sometimes you need to do a little bit more to help brighten up the mood in the video. Thanks to a few tweaks and a quick sky replacement I did in Adobe After Effects it looks like we had the best day every!

Check out the full tutorial here:

I will also post the finished full music video here once it premieres online.

For the video we used the Sony a6300 camera which you can get on B&H and also on Amazon.

I also get the aerial shots in the music video on the DJI Phantom 4 which you can also find on B&H and Amazon.