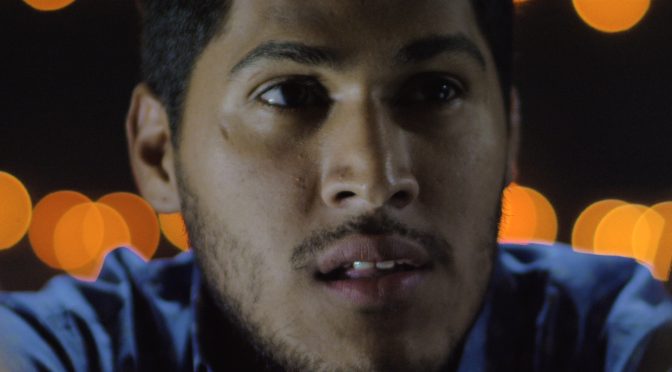 I am excited to premiere on my short film “Legend Of The Bar”! Along with it I also got a series of filmmaking tutorials for you guys that document how the film was made on a $0 budget.

Here is the film, please watch before I tell you too much and then read to find out how we did it.

First let me tell you why I did this film. It is very simple. I was on vacation in Ecuador. I travel there often and always wanted to do a project there. I also met a filmmaker from Ecuador, his name is Danny Ruan. I wanted to see how good he is and if we like working together before we commit to a bigger project.

I took a secene from an old feature film script I had written years ago and turned it into a short film by adding a quick beginning and ending. This way we had a story we could tell. I asked Danny to be the cinematographer. Also asked if he could help me get the locations. He right away told me that there is a interesting spot in the desert he likes shooting, so I rewrote my script to take place in a desert because originally it was set in a forest.

Here is the first tip I’ll tell you. If you are starting out and want to get your first paying job or make contacts in the industry the best thing you can do is to stop making excuses as to why you can’t make it as a filmmaker. Instead of complaining come up with your own film and shoot it. Take a look at what is available to you and use it in your film. If you live on a farm then set the film’s story to be on a farm. If you have a motorcycle then use that in your film. This way you’ll make sure that you complete the film and also you’ll learn and get better with each little film you do. Continue this until you get so good that other talented people in the industry will recognize your talent. Also if you’re already working in the film industry and you think you’re mister big shot. I would still suggest that whenever you have some free time in between paid projects, use it to do little test films to collaborate with other people and to get even better at your craft.

Danny actually helped get the actors for the film and the crew. So right away I was not only impressed with his talent as a cinematographer but also how resourceful he was despite the fact that we had zero budget. We actually shot the film in one full day of filming, which was about 10 hours. This was divided into two days because of the two different locations we had. First in the evening we got this free bar location to film in for 3 hours. Then the following day we drove out to the desert and shot the rest of the film there for about 6 hours. That’s it! The gear we used is whatever we had with us. I usually travel for vacation with some kind of a camera. I happen to have my Panasonic GH4 so we used that camera. Danny borrowed 2 cheap lights and a reflector and he also owns an old glidecam so that’s all we had. No tripods or any other fancy stuff.

Here are tutorials that document the making of this film:
How and why you should make a film for $0

How sound can ruin or save a film.

Composing film music without knowing anything about music.

If you are starting out or you just want to experiment with a new technique or want to get to know filmmakers in a certain area. The best way to do all those things is to just create your own small project and do a film. Even if you don’t have any money to spend on it. I would say specially if you have no money. Because when you are working on a no budget project that’s when you know that the people working with you are there because they really are passionate about what they do and they like working with you. After all, those are the kind of people you want to work with later on when you do have a big budget project. Also if this no budget project you did, didn’t end up looking so great because you were just learning or experimenting, then you know that there is nothing to worry about since you didn’t just waste your clients money on it. No budget means no pressure. You can experiment, and above all just have fun.

I wanted to thank everyone who helped me make this film!!!

One thought on ““Legend Of The Bar” Short film and tutorials!”