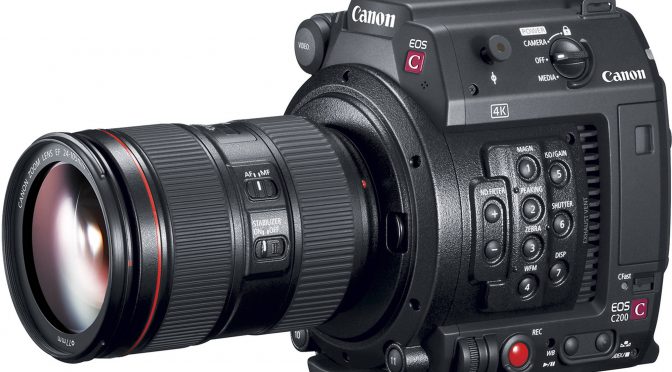 It’s been a while since Canon had a product release that excited filmmakers. Well, I think the just-announced Canon C200 cinema camera will stir up a lot of interest in the filmmaking community. So, here are the things to take note of:

So, certainly based on specs and the performance of Canon’s other cinema cameras, the C200 appears to be a great camera. Of course, the issue with the C-line cameras has been their cost – they have offered less value than competition. So, it’s great to see that Canon has decided to price the C200 close to the BlackMagic URSA Mini 4.6K.

Thank you for creating competition, BlackMagic! Without the URSA Mini, I don’t think we would have seen Canon price their 4K cinema camera at this level.

Here is Tom’s video comparing the Canon C200 to the URSA Mini 4.6K

If you are already excited enough about the C200, you can pre-order it here: