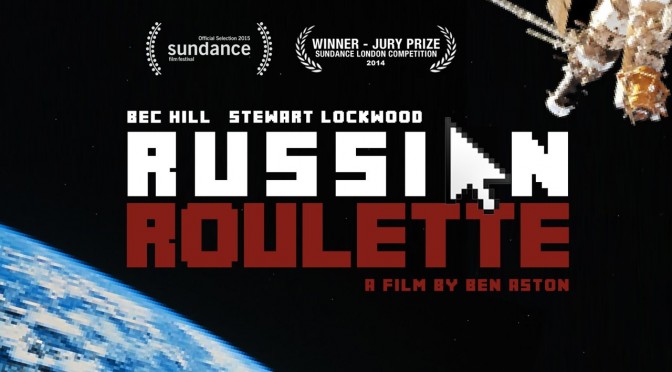 “Russian Roulette” is a short directed by Ben Aston that has been very popular online. In fact, it won the 2014 Sundance London online short competition. It is a fun and clever film that shows once again that it doesn’t have to take a lot of money to entertain an audience.

You can see the film here

So, the film has a very simple setting – just two people chatting online. But there is a great hook – the astronaut from the International Space Station who joins the chat – that grips the audience and keeps them intrigued right to the end.

Besides the clever writing, the filmmakers were also clever in how they created the interior of the space station. A budget of £50 (about $80) obviously didn’t allow for much. But because the filmmakers did tests, they knew how good (or bad) the set had to be and what they could get away with.

Testing shots is often overlooked by beginning filmmakers. As this film clearly shows, you can save yourself a lot of time and money if you do conduct tests. You can test action, fighting scenes, challenging camera movements, but also sets, costumes and make-up.

To see how really simple the set of the space station is, check out the Making-of video