“So what is it like to work on a film?” I often get asked by others. My answer is usually “GREAT!” becuse it is… but that still doesn’t mean it’s not work. It can get repetitive doing all the camera tests, or running around looking for locations, etc. At the end of the day it’s work, specially when you’re tired, or coming down with a flu and all you want to do is relax in bed.

Most importantly it’s easy to get side tracked and end up doing other things when you’re your own boss and working on a self financed film. Nobody’s there telling me what to do or when. I’ve seen many talented filmmakers go astray like that, until they were completely broke and had to get a regular 9 to 5 job just to pay their bills. So I always remind myself how lucky I am to be doing this full time and managing to make a living. Also I never forget how hard and how long I had to work to get to this position. Many years of unpaid projects, neglected relationships, maxed out credit cards on expensive equipment, working other jobs to support my then expensive “hobby”. In the end I think that all these hard times were necessary to remind me to focus on work these days, when I could easily end up spending a whole day playing Xbox :).

So what I do is set hard deadlines for myself, and a list of tasks I have to do each day. My office is full of sticky notes with things I have to do. Right now I’m doing the last set of preparations for a new action film I’m shooting outside of Hamilton, Canada on March 16th. I already did some tests using the RED EPIC camera which I will use to film some of the shots in the film.

I have built and tested my aerial camera rig using an RC Quadcopter. Also I’ve setup my cheep-o steadicam to work with the GoPro Hero3 camera and I’ve tested all the prop guns and costumes that I had to buy or borrow from others. 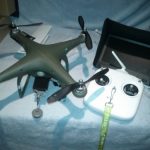 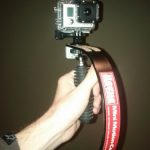 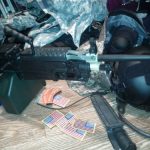 This new film is probably the most ambitious project I have attempted to do on my own. Even though it seems like I’ve got most of the things ready and I could just lay back and relax till the shooting day, I instead use these last few days to double check the script. Make sure I know how I will film every scene and every shot, from both a technical and creative point. I’m reworking my storyboards, writing notes, etc. Today I woke up, and after breakfast got up to do my usual 1 hour at the office, reading emails, replying etc. Then I did some more storyboards for my new film. After I’m done writing this post I will probably drawn more storyboards, and maybe re-write the script some more to make sure we can film all that I need for the film come this Saturday. As I said, work never stops. It just waits to be done if you decide to put it off. So set your goal and then work towards it!