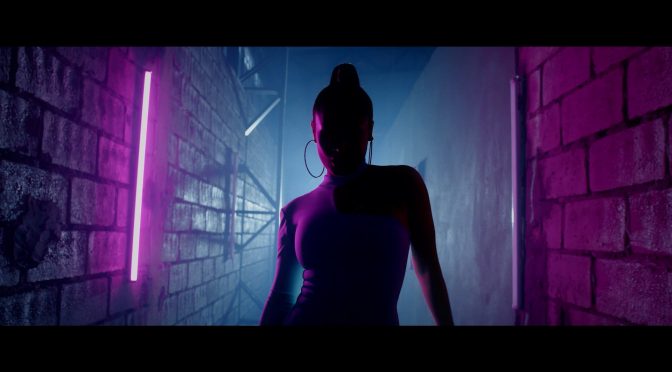 Back in 2013 I met a filmmaker from Ecuador named Danny Ruan. Since then we have been working on various films and music videos. If you’ve been following my work online then you have probably seen Danny in many of my tutorials, behind the scenes videos and my online posts. Danny used to originally work for another production company but later he started his own business under the name Garage Filmmakers. Over the years as we collaborated we also slowly grew contacts and production team members in South, Central and North America. We have now officially joined forced to start a new company under that same label that concentrates mainly on music video production. We do also some film and TV work but music videos is what we specialize in because we assembled a great team of art directors, producers, etc all over the globe. In the last 2 years I also started to work with another talented filmmaker Qbah Fernandez and we convinced him to join us in our endeavor. Does it mean we don’t do anything outside of Garage Filmmakers? Nope, of course we still do lots of other projects independently but together we wanted to create a stronger presence in the industry as we have been busy taking on more and bigger projects.

We currently have a few new music videos that are being edited and other projects in development. If you want to see some of the work we have already finished with some big names in the music industry then definitely go check out the new and official website of GarageFilmmakers.com

Also if you want to join our group and have a skill you think would be helpful then make sure to contact us through our new website.

Lastly if you are someone looking to produce original music videos for yourself or a client you represent then feel free to reach out!

Danny Ruan studied filmmaking in Ecuador at ITV, where he made short films that received national and international awards. Danny started working as an assistant director on various TV series. He worked for 4 years at Visión Uno and Cinema Pubicitario where he learned from acclaimed international directors and professionals in both film and TV industry. His work in TV and commercials earned him the Gran Condor de Oro award. Danny’s passion for music eventually led him to directing music videos and creating the “Garage Filmmakers” brand. He has directed music videos internationally in Bolivia, Cuba, Dominican Republic and the United States, including the worldwide hit “AM”, by Nío García, collecting more than 150 million views on YouTube alone.

Qbah Fernandez is an entrepreneur, music producer, audio engineer and film director who graduated from Full Sail University. He has over 13 years in the television industry and has worked for major Emmy nominated television networks as well as local stations such as WFMZ and PBS. He also is seasoned in the music industry with over 9 years of experience which has allowed him to work and travel with Latin Grammy winners and 3 x Grammy nominated producers. Although his passion lies in production, he also proudly sits on the board of the Hispanic Chamber of Commerce as its current Vice Chair.

Dara Keila studied audiovisual production in Buenos Aires, Argentina. She has worked in many production areas such as line producer and art director although her main focus is executive producing. Dara’s dedication has led her to work in various successful commercials, music videos and audiovisual events. She also studied human behavior, autism and ABA therapy which she applies in the audiovisual field to understand, handle, hire and lead a group.

Tom Antos is a director, cinematographer and visual effects artist – all rolled into one. In addition, he has over twenty years of experience in the areas of CGI and classical animation. This work has earned him several awards, including Telly, Promax BDA and Worldfest Gold Remi. Tom’s professional experience ranges from small budget DIY projects to large Hollywood productions like “Bait” (starring Jamie Foxx) and “Everyone’s Hero” (starring Robin Williams and Whoopi Goldberg). Tom has been sharing his filmmaking experience and knowledge through online tutorials that have gained a large audience on YouTube. His films and tutorials have been seen over 95 million times and his YouTube channels have over 350,000 subscribers and average 1 million views per month.