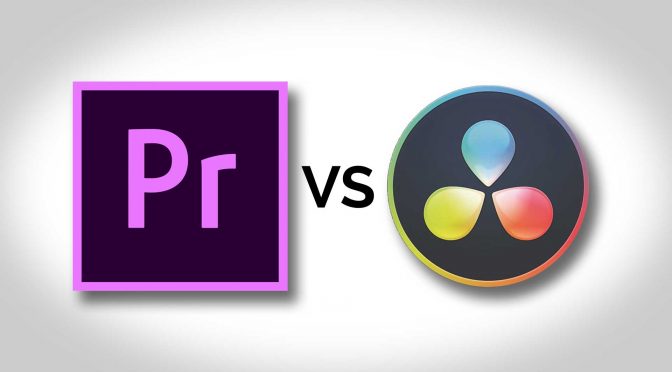 There’s a lot of discussion online about what program is the best for video editing? Is there even such a thing as “the best” video editing software?

I think the best is always going to depend on your preference of the system you like to edit on and what type of files you work with mostly plus what you are most used to edit in. 20 years ago I started editing in Adobe Premiere not because it was the best at the time but because it was all I could afford and all I could run on my limited computer. Then with time as Adobe brought Premiere up to the next level and made it a household name I was all the more happy that I had so many years of experience using the program. Still not everything was great. With more updates and extra features the program started to slow me down. Part had to do with it’s crashes and bugs but also the subscription model that Adobe adopted which would not allow me to start up the program and edit when I was away from an internet connection. Finally in 2018 I had to come to terms that as great as Premiere was and as comfortable as I was using it, I finally had to switch to something that would not slow me down. That’s when I started learning Davinci Resolve. I had used Resolve since 2013 but only for color grading. Now however I was wondering if it wasn’t just going to be simpler to also use Resolve for editing and doing my audio mix in since the program now allowed all of that to be done inside this one software. Once I took the time to learn the program and I used it to edit a film on it I was happy I took that step. I finally felt like editing was just that… editing and not me trying to problem solve the software to get it to work like I had been doing with Premiere.

Why I quit Adobe Premiere?

Months ago I released my video where I confessed that I switched to Resolve from Premiere and that’s where all the comments and emails started to come in about all the great things this program or that program has. Seems like most people just pick a favorite and that’s it. They aren’t willing to let their mind be changed. This year I have been hearing a lot of great things from all the Adobe fans about how all the problems have been solved and how I should give Premiere a chance again. So I decided I wasn’t going to be so narrow minded and instead I’ll assume that I don’t know anything or at least I don’t remember any of the negatives I experienced with Premiere in the past. I will just go ahead and give Adobe Premiere a chance along side Davinci Resolve to see if there is a clear winner. Here are my first set of tests that I did and what I think so far.

Let me know what you think about these programs and if you do have a favorite, please tell me why.

Here is the video editing computer I used in my tests:

P.S. This video has been sponsored by Skillshare, but nobody ever did or will pay for my opinion. That is always honest and mine!

3 thoughts on “Premiere or Resolve – What is better for video editing?”