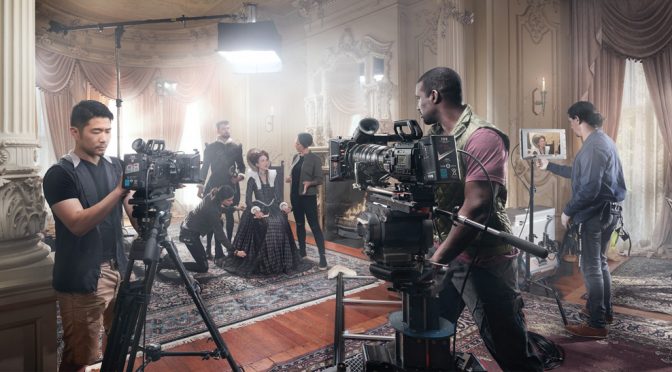 As was expected, Blackmagic Design makes new announcements as we near NAB 2019. Seems like they are coming out with a great new camera each year. This year it’s the generation 2 of the URSA Mini Pro.

So the biggest update in the new generation of the URSA Mini is the high frame rates that the camera can now record. You can do slow motion recording up to 120 fps in 4.6K, 150 fps in 4K DCI and 300 fps in HD Blackmagic RAW. Otherwise the camera is very similar to the previous version. In fact it looks identical on the outside. So if you own the older versions, you can still use all your accessories on the new camera. The biggest changes are really on the inside. Like I mentioned better processing power allows the higher frame rates. Also a new sensor with 15 stops of dynamic range. There’s also high speed USB-C expansion port for recording directly to an external SSD or flash disk. New audio hardware allows even better and cleaner audio recording. Also the camera comes with the latest version of Blackmagic RAW. This version will eventually make it’s way to other cameras.

Speaking of Blackmagic RAW, there is another exciting announcement. This incredible and my favorite way to record is now coming to my favorite camera which is the Blackmagic Pocket Cinema Camera 4K. In fact you can install the latest update and finally start to record hours of Blackmagic RAW footage in a manageable and fast to edit/playback format. Once I started to work in Blackmagic RAW I wished that all other cameras adopted this new format. It’s like the RED RAW R3D files only better 😉

To update your Pocket 4K camera go and download the latest firmware HERE.

If you are as excited as I am about this new camera then you can order it right now on B&H Photo Video & Audio Store. 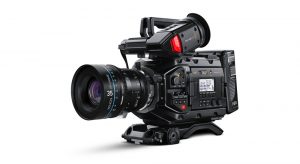 Below is the official press release from Blackmagic about this new camera and video announcement.

The new URSA Mini Pro 4.6K G2 is a dramatic advancement over the original model as it now features entirely new electronics for higher speed processing. Also included is a new Super 35mm 4.6K image sensor that captures up to 4608 x 2592 pixels with 15 stops of latitude at up to 3200 ISO. This allows customers to record full sensor 4.6K images at up to 120 frames per second, windowed 4K DCI at up 150 frames per second, and windowed 1080 HD at an amazing 300 frames per second. That makes URSA Mini Pro 4.6K G2 ideal for capturing stylized fast action documentary work, nature photography, sports and more.

Blackmagic RAW is a revolutionary, next generation codec that gives customers visually lossless images, extensive metadata support and highly optimized GPU and CPU accelerated processing. Blackmagic RAW combines the quality and workflow advantages of traditional RAW formats with the speed and ease of use of standard video codecs. With Blackmagic RAW, customers can choose compression levels up to 12:1 and still get stunning images that can be used for feature films, documentaries and broadcast programming. Blackmagic RAW settings such as 12:1 are important to allow customers to get the highest frame rates from the camera, and this means only Blackmagic RAW can allow high frame rates while retaining enough quality for professional results.

URSA Mini Pro 4.6K G2 is designed to be extremely tough and fully featured. It includes everything customers need in a compact handheld magnesium alloy body that’s durable and light enough to use anywhere. There’s an external high visibility backlit LCD status display for viewing critical shooting information, a foldout touch screen for reviewing shots without needing an extra on-set monitor, professional connections such as 12G-SDI, XLR audio, built in high quality stereo microphones and more. Plus, every single control on the camera is redundant, including the power, so if anything should go wrong in the field, the camera can still be used.

URSA Mini Pro 4.6K G2 features neutral density (ND) filters with IR compensation for quickly reducing the amount of light that enters the camera. The 2, 4 and 6 stop filters are specifically designed to match the colorimetry of the camera and provide additional latitude, even under harsh lighting conditions. That means customers can use different combinations of aperture and shutter angle to achieve shallower depth of field, or specific levels of motion blur, in a wider range of situations. The IR filters evenly compensate for both far red and infrared wave lengths to eliminate IR contamination. The ND filters are true optical filters with a precision mechanism that quickly moves them into place when the ND filter dial is turned.

The broadcast camera design of URSA Mini Pro 4.6K G2 puts powerful external control buttons, switches, knobs and dials on the outside of the camera, giving customers direct access to the most important camera settings. The controls are laid out in a logical order that makes them easy to remember so cinematographers can operate the camera without having to look at the buttons, hunt through menus, or take their eye off of the action. URSA Mini Pro 4.6K G2 also features a high visibility status screen that displays important information such as timecode, shutter and lens settings, battery, recording status, and audio levels. The status display features a backlight and is designed to be clearly visible in both dimly lit studios and outside in direct sunlight.

Featuring both dual C-Fast 2.0 recorders and dual SD UHS-II card recorders, customers can choose the media that works best for their projects. C-Fast cards are ideal for full resolution Blackmagic RAW 12 bit recording, while UHS-II SD cards are inexpensive and commonly available, making them perfect for recording Blackmagic RAW 8:1 or 12:1 for Ultra HD and regular HD files. With dual slots for each media type, the camera never has to stop recording because when the first card is full, it automatically continues onto the next card. Full cards can be swapped for empty ones, all without stopping the camera.

URSA Mini Pro 4.6K G2 also includes a new and innovative high speed USB-C expansion port for adding accessories such as an SSD for external recording. That means customers can now record for even longer durations without stopping. Plus, they can record directly onto the same external disks they will use for editing and color correction.

“The original URSA Mini Pro has been an extremely successful and very popular camera,” said Grant Petty, CEO, Blackmagic Design. “Blackmagic URSA Mini Pro 4.6K G2 is exciting because it gives customers second generation electronics and an even higher performance image sensor so they can shoot at extremely high frame rates for crystal clear slow motion images. URSA Mini Pro 4.6K G2 is powerful enough to be used on high end feature films and television shows, versatile enough to be used for broadcast news and live multi camera event production, and affordable enough for indie filmmakers and even students! It’s like getting 3 cameras in one!”