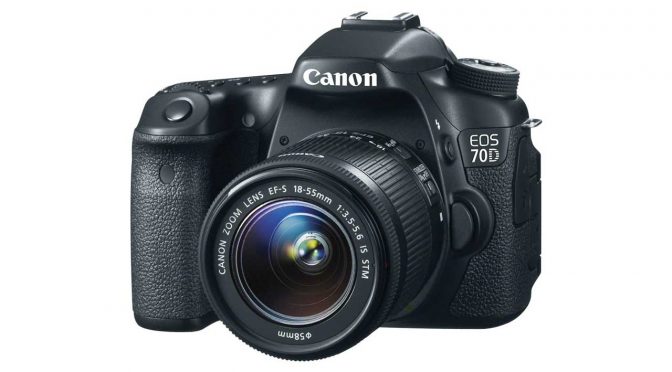 Back in 2009 Canon started the DSLR revolution – as far as indie filmmakers were concerned – when it introduced HD video recording in their Canon 5D, and then the 7D, DSLRs. Since then Canon has introduced many DSLRs that have gradually improved on those models.

Although Canon has lost its lead in the DSLR/ DSLR video world, it has continued to deliver reliable, easy to use cameras. And, as always, Canon users are able to enjoy great optics that come with the Canon lenses.

When the 70D came out, it stood out from the Canon DSLR line-up thanks to the Dual Pixel AF. This was and still is the best video autofocus system – although Sony’s autofocus on their recent DSLM models has caught Canon up.

The camera quickly became a hit among YouTubers, especially vloggers (as per Casey Neistat).

Reliable autofocus is also a great feature to have when using a stabilizer, such as a 3-axis gimbal, for example.

Of course, continuing the tradition of the Canon EOS line, the 70D is also a great photography camera.

As of today, the Canon 70D is definitely not the best DSLR or DSLM camera. Canon has introduced its successor, the 80D, and both Panasonic and Sony have some great options. However, it’s still a very capable camera, and one that is nowadays heavily discounted. So, if you are starting out and need a good all-arounder — for both video and pictures — then the 70D is definitely worth a look. 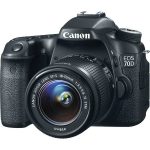 You can buy the Canon 70D on BH Photo Video, eBay