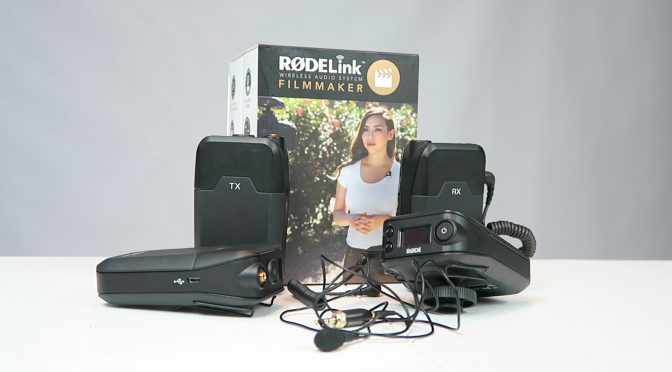 Today, I am testing out a small run-and-gun audio set-up for doing two-person interviews using one camera and two wireless lav mics. Normally, to do that kind of an audio set-up, you would need a mixer to plug the two mics into. Then you would send the mixed audio from the two mics to a recorder or camera. This requires a second person to operate the mixer and to help set up. However, I often find myself doing quick videos without anyone’s help.

So, I needed to come up with a way to connect two mics right into my Panasonic GH4 camera. This set-up will obviously work with any camera that has a standard 3.5mm (1/8 inch) mic jack, which is what most DSLR and DSLM cameras have.

Here is all the gear shown in the video

I also have a video where I test and compare three wireless microphones: RodeLink vs Sennheiser vs Azden. You can see it here