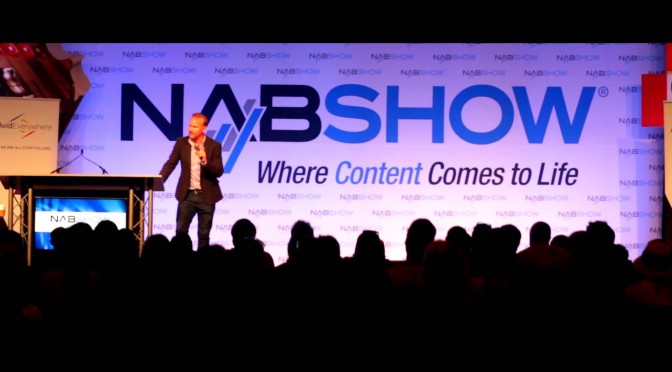 I had a chance to attend the NAB Show 2016 in Las Vegas. Despite a lack of any huge announcments there were a lot of small improvments worth mentioning.

DJI Phantom 4 was also a nice new upgrade. I just ordered mine so I will for sure be doing an updated review of it.

Lanparte is another company that came out with some cool new camera rigs. One I liked the most was for the Sony FS5 for $1200 but that won’t be available until May. They also have a cool rig for the Blackmagic Pocket Camera and also another fun gimbal for GoPro cameras that can be updated with a wireless transmitter.

Sony announced a RAW upgrade for their FS5 camera. This will cost you $600. You can buy the camera right now on Amazon and B&H.
If you decide to get the RAW upgrade then you will also need an external RAW recorder like the Odyssey 7Q+ which you can find on Amazon or B&H.

In the middle of NAB I had a chance to meet up again with the organizers of my traveling filmmaking workshop that is making it’s way right now across USA, Canada and Europe. To get tickets for this workshop go to 2DayCineSchool.com
The same guys also just launched a new group to help all filmmakers through resources and discounts. For more info on that go to FilmmakersAssociation.com

CAME-TV is another company I had a chance to visit at NAB. As you know I love their gimbals which you can buy on Amazon and B&H Photo Video. They now also have the new CAME Mini 3 gimbal which you can buy here.

At the end, I met up with the folks from Aputure. I am already a huge fan of their monitors, but this time they managed to impress with a new set of mics, lights and lens adapters which you can buy on their Amazon store.

They also have a great new focal reducing adapter like the Metabones Speedbooster. This one works similar to their older DEC adapter, which is what I already use when I need to wireless pull focus on my Canon AF glass. This new addition also has the wireless capability.

Overall, it was fun at NAB this year, especialy having a chance to meet other filmmakers and video professionals and talking about future projects. If you want to see what other gear made it’s premiere at NAB this year, then check out the links below.

Finally, B&H Photo Video has some good promotions for the 2016 NAB. Please check them out below (some items require Promo Code BHNAB16).