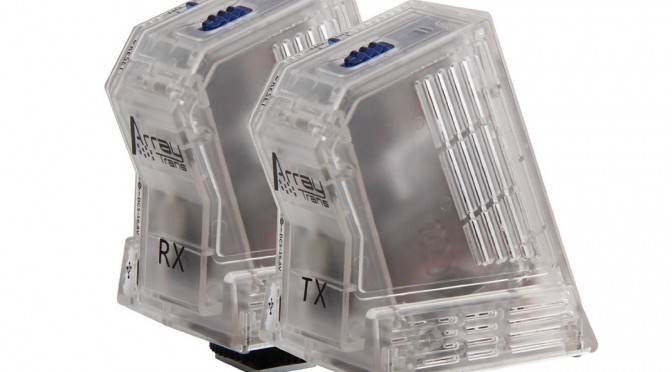 Aputure has just released – on Amazon – a pretty cool gadget – a wireless transmitter that can transmit and receive fully uncompressed video, with zero latency. Also, it works in 60 GHz, as opposed to 2.4 GHz that most transmitters use – the lower frequency sometimes causes interference and slight delays.

I had a chance to test out a pre-production model in September 2015. It worked great and I really liked that it was self-contained. Both the transmitter and the receiver are powered by rechargeable batteries (i.e. no cables are necessary), which are included with the package. So, the set-up is a lot less messy than other HDMI wireless transmitter systems.

I will test out this new (production) model in the coming weeks and will report more on the performance.

As I mentioned, the product is now available on Amazon

(though the last time I checked, it was close to selling out).