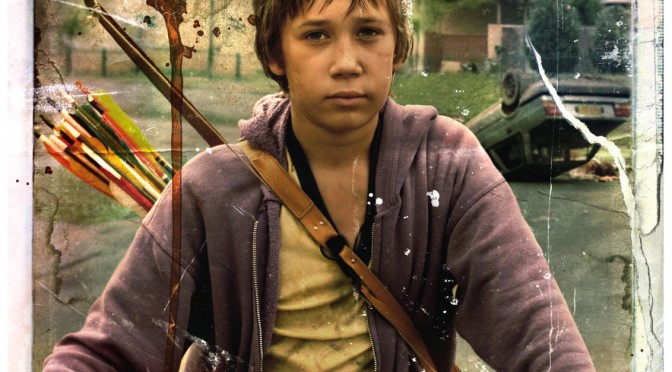 Recently, I saw on Indieflix a very good short film, “I Love Sarah Jane”. I know I am late to the party – the film premiered in 2008 (at the Sundance Film Festival) and made waves that year and the following. However, with so much film and video content coming at us, it is easy to miss out on something great. “I Love Sarah Jane” is certainly a film worth going back to. Plus, with the passage of time, we can see how careers of the filmmakers involved in this project have progressed – especially since a number of them are making waves in the film industry right now.

After watching the film, what stood out for me the most were the great acting performances, especially from Mia Wasikowska (who was only eighteen at the time). In those moments when her character didn’t swear – and she swore a lot – she was subtle, but conveyed a lot of emotions. Her acting talent was glaring.

Of course, since then, Wasikowska has become a major Hollywood talent, starring, among others, in Tim Burton‘s “Alice in Wonderland” (2010).

Here is a quote from the director of “I Love Sarah Jane”, Spencer Susser, about how Mia Wasikowska came to play in the film (extract from Wholphin DVD Magazine‘s 2009 interview) :

“Mia Wasikowska is awesome, she’s so talented. A while ago I saw a film called Suburban Mayhem (2006), Mia was in it and had a very small part, but I remember seeing her and thinking, ‘Wow, that girl is something special’. I had been waiting for an opportunity to try and work with her. I didn’t know her but we sent her the script, and I told her how much I liked her work and that I would love to work with her if she liked the script. I feel very lucky that she did and said yes. I can’t wait to see her as Alice in Tim Burton’s Alice In Wonderland (2010). I know she’s going to be great!”

Overall, the film was well executed artistically and technically. The only gripe I had was that the ending felt abrupt – I wanted the story to continue. But maybe that is a good thing.

There are more compliments to be paid, but before I go on, it’s best that you see the film.

The visual effects definitely deserve a praise. The VFX team was led by Mike Seymour from fxphd.

The film was written by Spencer Susser and David Michôd, both members of the Sydney-based collective of filmmakers – Blue-Tongue Films. As mentioned earlier, Susser also directed the film.

Susser also pushed to make “I Love Sarah Jane” as a feature film, but, as of yet, he has not succeeded.

These days, Susser seems to be focusing on shorts and music videos. An example of his recent work is the super impressive music video Aro – “Raining Gold”, which is also a short film in itself. Susser, for sure, has a talent for creating stunning imagery. You can see the video below.

You can see more of Susser’s work at Blue-Tongue Films.

The other writer of “I Love Sarah Jane”, David Michôd, has also found a lot of success – both as a writer and director. His first feature was the well-received “Animal Kingdom” (2010). He followed it up with “The Rover” (2014) and his latest feature is “War Machine” starring Brad Pitt (the project is currently in post-production).

Another key figure in the making of “I Love Sarah Jane” was its cinematographer Adam Arkapaw. His work on the short certainly showed talent and skills. His first two feature film efforts as a cinematographer were “Blind Company” (2009) and Michôd’s “Animal Kingdom”. But he made his big break-through on television, winning two Emmy awards for cinematography on the TV series: “Top of the Lake” (2013) and “True Detective” (2014).

Speaking of cinematography, “I Love Sarah Jane” was shot on the Thomson Grass Valley Viper FilmStream digital camera in 1080P 24P and 1:2.35 aspect ratio. These were still the early days of digital film cameras and recording with such new technology posed challenges. In fact, due to technical problems, a key visual effects scene – the explosion of the zombie – failed to record. As told by Susser, the filmmakers had to resort to a guerrilla-filmmaker-type solution:

“I had to go back at the end of the shoot and reshoot the explosion element. Of course we didn’t have any money left, so we ended up doing a guerilla-style run-and-gun shoot. Three of us went out to a football field, the plan was to film the explosion quickly, put it out safely and get out of there before anyone knew what was going on. So there we were in this field with a camera, tripod, pyro, etc. waiting for an old lady who was walking her little dog to leave so we could shoot our effects element. Once she was gone, boom! We got our shot and quickly got out of there. We used the element in the composite to make the final shot. Gotta love low budget!”

Many indie filmmakers make short films with the primary objective of propelling their careers to feature films. “I Love Sarah Jane” is a remarkable short because it entertained the audiences, as well as it launched successful film careers of its creators.