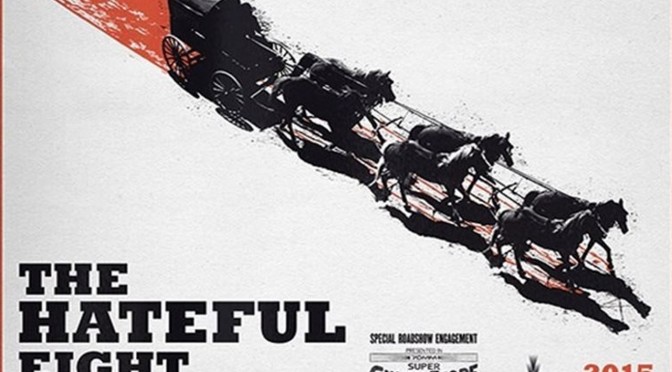 There is always a lot of interest whenever a Quentin Tarantino film comes out. However, “The Hateful Eight” – Tarantino’s latest film – has been a topic of wide discussion even before it premiered.

Firstly, Tarantino almost scrapped the project when the script leaked out to the public in the casting phase of the production.

Then, there was a threat of a boycott of the movie by police unions in the United States after Tarantino’s comments at the RiseUpOctober rally in New York on Oct. 24, 2015.

“The Hateful Eight” is also one of the Hollywood’s big titles that have had their Oscar screener illegally distributed online by the pirate group Hive-CM8 (interestingly enough, the group has sort of apologized to Tarantino for their actions).

Fortunately, now that the film has launched, the discussion has focused on the film itself. Besides promising a couple of hours of great entertainment (or, more typically for Tarantino, over three hours), there is an added attraction of seeing the film in 70mm.

The unusual presentation format seems to have generated a lot of interest, judging by the sell-out screenings and the high per-screening box office. However, there have also been a lot of technical problems reported at these screenings (on at least one occasion, the projection was switched to digital in the middle of the presentation, without notifying the audience). We should keep in mind, though, that it took a great effort by the distributor of the film to secure one hundred venues for this special presentation. It appears that they stretched the resources of the theatres to the limits.

The big question, though, is whether “The Hateful Eight” will be a curious case or, rather, a start of a trend. There is a lot of reasons for Hollywood studios to prefer digital projections, so it will take a significant signal from the audiences to turn back the time. The digital technology will clearly rule, but is there room left for 70mm and similar formats? As you can hear in the video below, Tarantino hopes that the large film formats can coexist with the digital projection, just as the vinyl records do in the world of music streaming and downloading.

What are your thoughts as a film viewer and a filmmaker? If your budget allowed, would you be excited about shooting on film? And as a viewer, are you motivated to seek out screenings done with film projectors?

For those who have not seen the film, here is the trailer

And here is a behind-the-scenes featurette