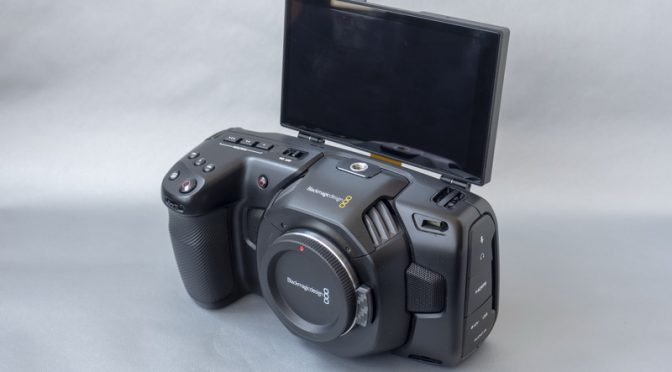 Apparently you can now add a flip screen to your Blackmagic Pocket Cinema Camera 4K. 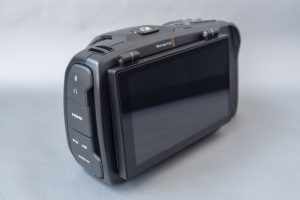 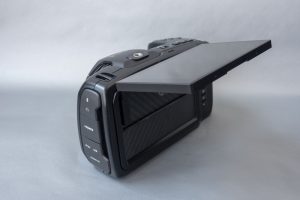 Yes, there is a company in China that does this custom work and the cost is around $220 to $300 USD depending on the package you get. This modification essentially takes the LCD touch screen at the back of your camera and removes it outside, to be encased in a custom new frame that is attached to the camera body through a new hinge. This hinge will allow you to flip the screen up to 180 degrees so you can watch yourself in a selfie mode. Also you can flip the screen 90 degrees downward so you can monitor your camera when it’s higher than you. 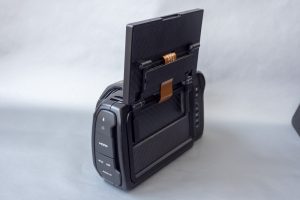 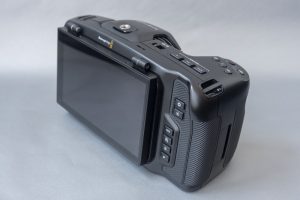 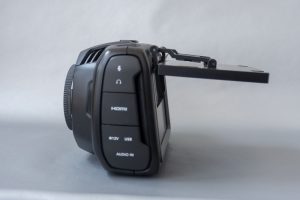 As you can see from the pictures of the completed modification it all looks great. It’s a pro job for sure. The parts used look solid. Looks like the new LCD backing is even made from carbon fiber. Even the cable that connected the LCD to the camera is neatly sandwiched in between the rotating hinge. If you just want to get the LCD flip screen modification then the cost is ¥ 1500.00 (Chinese Yuan) which is roughly $220 USD at today’s exchange rate. If you want to get the advanced conversion packages then the cost is up to ¥ 2050.00 ($300 USD). 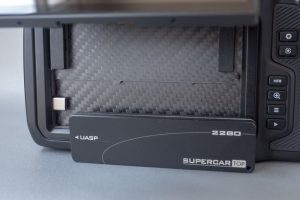 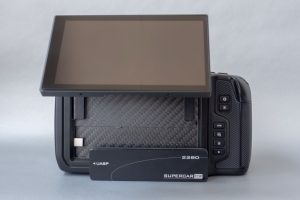 The more expensive conversion packages will also add a SSD slot on the back of the camera where the LCD originally was. There are two options one with a slot that will allow you to attach a M.2 SSD with a SATA protocol dedicated hard disk box and the more expensive option will add a NVMe protocol hard disk box. This obviously doesn’t include the SSD itself. That is something you still have to buy. The NVMe protocol is fast but also more expensive while the SATA protocol is slower but cheaper. If you want to save money then just get the cheaper SSD option, since both protocols meet the highest write speeds on the Blackmagic Pocket Cinema Camera 4K with the 6.2 firmware or later. 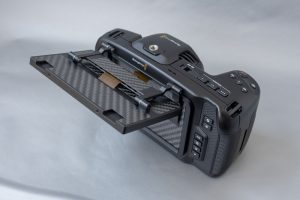 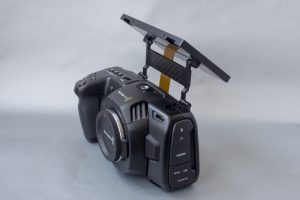 So are you excited to get this modification done to your Pocket 4K camera? If so you can place the order here. 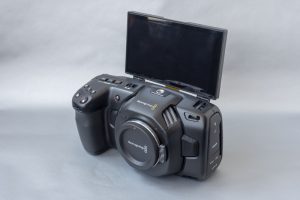 Before you do so just be aware that this is done by an unknown company, that as of yet has zero paid customers. So essentially you will have to ship your brand new Pocket 4K camera, which I’m sure you already waited to get for a long time, to an unknown company in China. You will have to cover the cost of shipping the camera there and back. Then you will have to give them up to $300 for the conversion. Wait a week or more until the camera gets there. Than wait 3 days for the conversion itself. After the job is successfully done without damaging your camera you will have to wait another 2 weeks to get the camera back as it is shipped from China. So question is, are you willing to risk your brand new camera and your money, hoping you will get the camera back at all and that it won’t be damaged? 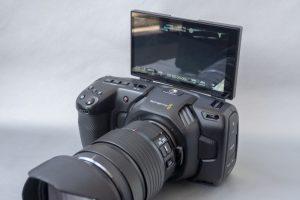 Also in case you didn’t realize flipping the screen 180 degrees sounds good but just be aware that the image will be now upside down since the camera’s operating system doesn’t have an option to flip the display digitally. Also you will obviously be voiding your manufacturer warranty. I personally think that the concept of the flip screen sounds great. I even wish that Blackmagic had designed the camera with a flipping screen right from the start. Even if this increased the price by $300 or more I would still pay for it. I am not that excited however to send my camera to a complete unknown company in China hoping for the best. Also I would be worried about that data cable that connects the LCD to the camera breaking on me sooner or later, specially since that cable was never designed to be constantly rotated and moved.

In the end the Pocket 4K camera is a great camera even without the flip screen BUT in case you want to get around that issue for a lot cheaper and faster and safer then just look at my previous post. This post is where I talk about 7 different problems with the BMPCC4K and how to fix them.