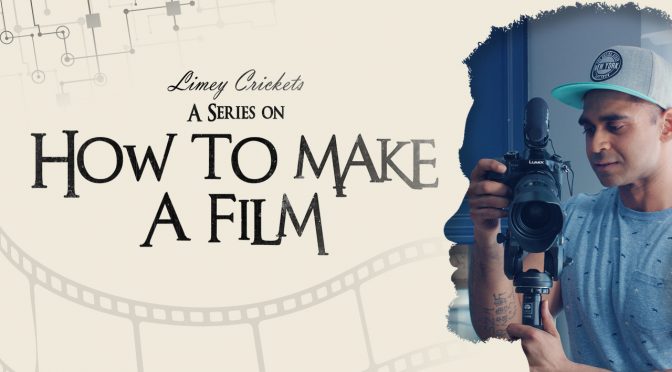 Indie filmmaker Clint D’Souza just released a super entertaining and inspiring video series about how to make your first film. I don’t want to give away too much, but I think it does a great job showing how to overcome the major obstacles that stop aspiring filmmakers from being working filmmakers.

Here are the episodes that have been released so far

The series will include two more episodes, and it will completely cover how Clint made his first film.

I spoke with Clint earlier today and asked whether he has plans to continue the series beyond his first film (he’s made more films since). He indicated that he’s definitely interested in doing that, especially once he completes a feature film he’s working on this year. Taking into consideration how challenging indie feature film projects are, it sounds like Clint will have a lot more great material for the series. So, I hope the series continues.

If you’d like to see more of Clint’s films, please check out his YouTube channel. I especially recommend “#Actorslife“, a film that had a very good film festival run.

Next month, Clint will be releasing a short comedy “Hubot” (on GalgaTV), and in March a short drama “Trust” (on his YouTube channel).

Clint also has a website, which you can visit here.

By the way, Clint is currently giving away a very nice shoulder ring. To enter the draw, you just need to follow Clint on social media. You’ll find all the details here.