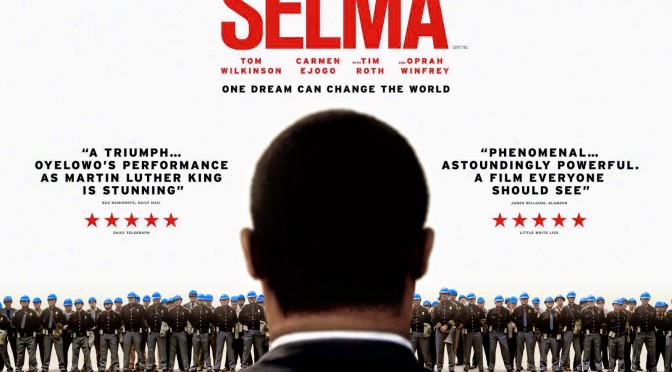 One of the hottest names right now when it comes to cinematographers is Bradford Young. The film that most people probably associate him with is the Oscar-nominated “Selma” (2014). Young has been garnering a lot of media coverage, including from the Variety magazine, which chose him in 2015 for their prestigious “10 Cinematographers to Watch” list. Young’s services are in high demand and since “Selma”, he has shot the feature films “Story of Your Life” (dir. by Denis Villeneuve) and “Beat-up Little Seagull” (starring Michelle Pfeiffer and Kiefer Sutherland), among other projects.

I refer to Young as an indie filmmaker, even though he is working now with major Hollywood talent. It is true that his excellent work has given him the opportunity to work on bigger films, but he remains a true indie filmmaker. For example, since “Selma” he has continued to work on lower-profile projects, including the short film “A Violet Death” and the documentary “American Jazz Musician”. Also, as Young admits, not all the industry doors are open to him yet: “…none of those phone calls from the big Hollywood studio where they say ‘Will you come shoot our big Hollywood movie?’ That’s still a big struggle for me” (Indiewire). At the same time, working in the Hollywood studio system is not a goal in itself. Rather, as Young mentions in the same Indiewire article, “I still want to be part of projects that I think could be excellent. Not all the ones are excellent are affiliated with studios.”

Young is an excellent example of someone who has gradually worked his way up in the indie film world. He studied cinematography under Haile Gerima at Howard University. Then in 2007 he became very active, making numerous shorts, documentaries and feature films – for his numerous credits, see Young’s IMDB profile. This trend of prolific work has continued. Young: “I’m always concerned about not getting enough practice as a cinematographer” (Filmmaker Magazine). So, when not shooting feature films, he’s been honing his craft doing commercials and music videos. Directors and cinematographers who just do feature films usually have long gaps between projects, since film productions are so difficult to put together. I think, Young has been very smart by taking a different approach.

Also, one would assume that a major reason for Young’s success would be a great natural talent, but Young sees things differently. “For me it doesn’t come naturally. I just have worked my ass off to develop my eye” (Variety). Perhaps Young is just modest, but it would be difficult to argue that the learning-by-doing approach that he has taken has served him well. So, I think it is safe to say that getting involved in many varied projects, including no-budget short films, is a great career advice for aspiring filmmakers.

Another lesson that can be taken from Young’s career is regarding how he’s been able to collaborate with other talented indie filmmakers. For example, Young explained how he got to work with Ava DuVernay, the director of “Selma”. Young: ‘Ava and I have friends in common in the independent film circles. That’s how we know each other. That was what initiated our collaboration. She asked me to shoot “I Will Follow”, which was her first feature film. I wasn’t available because I was shooting “Pariah,” but we promised each other that we would try to hook up on something later. We ended up on “Middle of Nowhere” together and obviously, “Selma”‘ (Indiewire).

There is a similar story on how Young got to work with the director J.C. Chandor on “A Most Violent Year”. Young: “Yeah, David Lowery gets all the credit for that. J.C. and David ran around for years on the festival circuit so when J.C. was looking for a cinematographer on the project, he talked to David and from what I understand, he said ‘You should talk to Brad'” (Indiewire). By the way, David Lowery is the director of “Ain’t Them Bodies Saints”, a film Young had lensed earlier.

The common thread here is that it is important to be active in the filmmaking community. You can do so by socializing, but more importantly, by collaborating on projects and participating in film festivals. Here is again the advantage of doing a lot of projects, however small. You will meet a lot of people, get a chance to show off your talent and – just as importantly – show that you are a fun person to work with. As people progress in their careers, sooner or later someone from this community of filmmakers will get bigger opportunities and will, in turn, extend those opportunities to you.

Many young filmmakers hope for one big break that will make their careers. The trajectory that Bradford Young has taken is, I think, more representative of how people get to the top of this industry. His progress has been steady and has not depended on a major break, but rather on hard work that has led to many small breaks. It took Young a few years to make his name in the indie world. In 2009, he was one of “25 New Faces of Independent Film” by Filmmaker Magazine, as well as Variety’s “Up Next 25 Masters of Their Craft”. He also won the Best Cinematography awards at Sundance in 2011 for “Pariah” and then again in 2013 for both “Mother of George” and “Ain’t Them Bodies Saints”. In the last few years, Young has had the chance to work with famous Hollywood talent, but these were not necessarily major productions. So, he is unlikely to slow down, to relax his excellent work ethic, since, as he has indicated, he wants the opportunity to work on major Hollywood titles, as well as on projects of the highest artistic ambition. He is certainly deserving of continued success.

For more information about Bradford Young, please visit his website.